Agreed Time (Morning or Afternoon): Our Local Guide with Private Car will pick you up from your hotel in Hue City Center or Hue Train Station for Hue Half Day City Tour. Today we will have 2 Options for this Hue City Tour Half Day as below:

Option 2: We will visit 3 Best Popular Royal Tombs (Mausoleums) of the Nguyen Kings in Hue City with Minh Mang Tomb, Tu Duc Tomb and Khai Dinh Tomb. This Option will be without Dragon Boat Cruise.

Option 3: Want to pick your own sightseeing places for your City Tour Half Day in Hue? Please contact our travel consultant to customize your own itinerary for this Hue Half Day Trip either for Morning or Afternoon Tour.

The Guided Hue City Tour Half Day will be an excellent choice if you have very short time in Hue (Half Day only either morning or afternoon), but still love to learn about Local History and Vietnamese Royal Culture of this beautiful royal city. 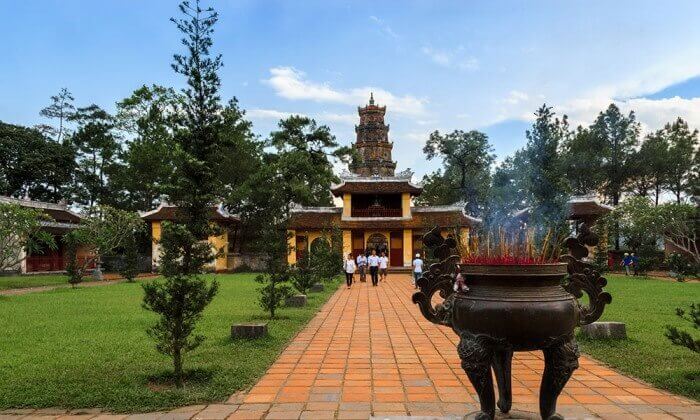