A place that attracts thousands of Buddhists all over the country to worship incense for the Buddha's anniversary, the full moon festival, the beginning of the spring and new year, the Sacred Relics Center of Avalokitesvara statue (or called Guan Yin Monument and Standing Buddha) built on Tu Tuong mountain - Thuy Bang commune - Huong Thuy district - Thua Thien Hue province. To get up here, you have to overcome 145 steps built of cement spread under the lush green pine forest. 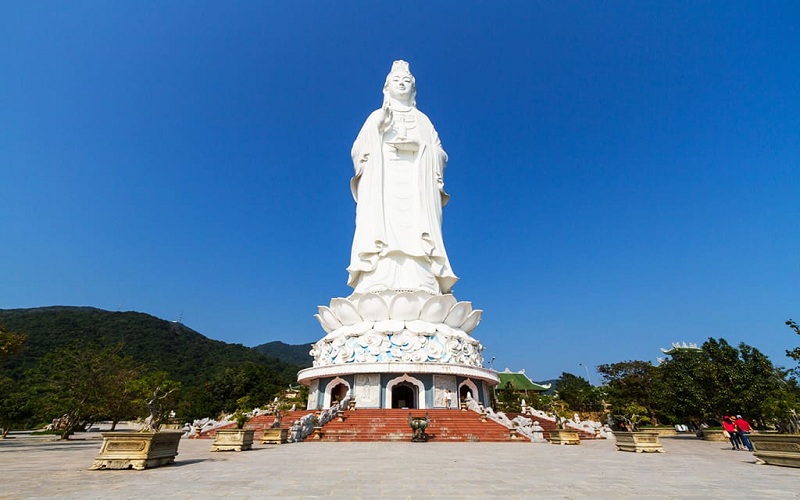 The statue of Avalokiteshvara is designed very beautifully and balanced. left hand holding the nectar, the right hand catches the nectar, the whole body is dressed in soft white wavy, sitting on the court large lotus with a diameter of over 7m. Her image is on a large two-story pedestal; The upper floor is the place of worship, the lower floor for guests to stay, as well as the temporary residence of monks and nuns whenever they return to the ceremony. 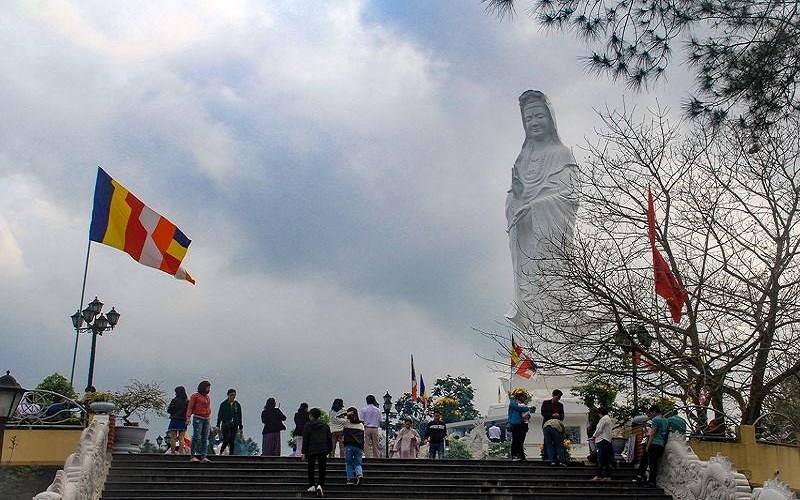 In 2001, when the Buddhism of Thua Thien Hue Province decided to select the date of celebrating the Bodhisattva Avalokitesvara Bodhisattva's Day (June 19 of the lunar calendar) every year, from which each festival or the days of He, many people in the province and everywhere came here to pay homage, praying for peace.