Best Places to Visit in Vietnam: Nature enthusiasts can also find plenty of sightseeing opportunities throughout their tours and holidays to Vietnam, ranging from pristine beaches and untouched islets to towering mountains and tropical forests housing thousands of rare wildlife species.

For those looking to experience the real local lifestyle, Vietnam has 54 hill-tribes and rice farmers along the north mountain ranges, while fisherman villages are scattered throughout the middle and southern regions of this beautiful country. We’ve compiled a list of the 10 most amazing landscapes in Vietnam, each of which offer truly unique photo opportunities and experiences for the adventurous at heart. Here is our List of Top 10 Best Places to Visit in Vietnam:

Halong Bay located in Halong City, Quang Ninh Province is Vietnam’s most recognized landscape, boasting over 1,600 limestone islands and islets. The UNESCO-listed Halong bay features a wide range of biodiversity, while the surrealistic scenery has been featured in plenty of films throughout the years. This’s a must-see place for any first-time visitor to Vietnam.

The best way to get to Ha Long Bay is by car, minibus or joining a day trip from Hanoi, located just 170km away. While overnight stays on a traditional boat are popular options for tourist, you can also opt for an exhilarating seaplane trip from Hanoi to Ha Long Bay. Read More >>> 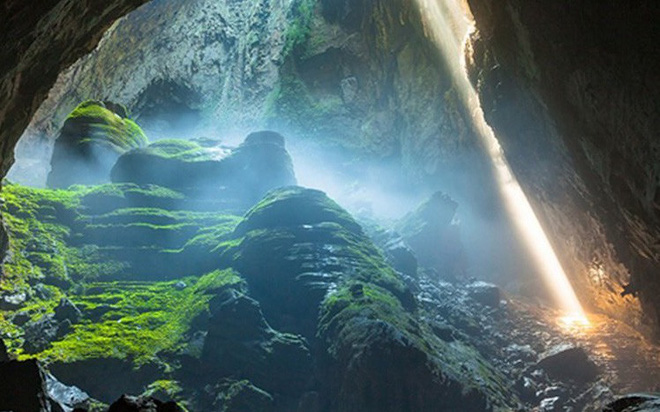 Set within Phong Nha Ke Bang National Park (about 500km south of Hanoi), this cave is a must visit for adventurous travelers looking to explore one of Vietnam’s natural gems during their tours and holiday to Vietnam. Amazing Son Doong cave was first discovered in 1991 by a local man named Ho Khanh, followed by a team of British cavers lead by Mr Howard Limbert in 2009. With sections reaching up to about 200 metres high, Son Doong Cave also spans 9.00 km in length, making it about two times bigger than Malaysia’s Deer Cave. The cave is also home to a variety of wildlife, including monkeys, bats and flying foxes.

Con Dao Islands (located in Ba Ria Vung Tau Province) comprises 16 uninhabited islets just off the southern coast of Vietnam, each of which offering expansive beaches shaded with evergreen trees. The main island was once the site of a French-run prison for Vietnamese involved in the independence movement, but today it’s a popular spot for snorkelling, swimming, and diving. Read More >>> 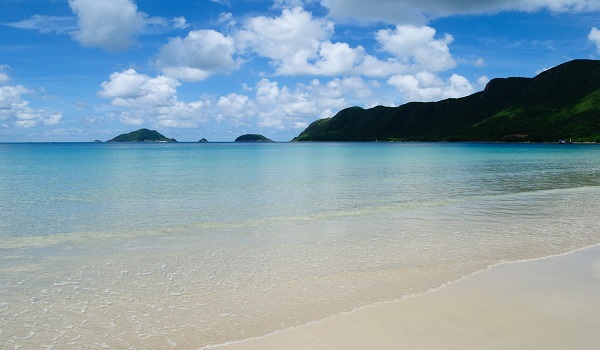 The more remote Con Dao Islands are also renowned turtle breeding sites, so if you’re visiting between June and September, you may even get a chance to watch turtles laying their eggs.

The Sand Dunes of Mui Ne in Phan Thiet Province are popular not only for their picturesque landscapes, but also for offering fun-filled activities such as sandboarding, kite flying and quad-biking. You can find plenty of tour operators in Mui Ne that organise daytrips to these Saharan-like red and white sand dunes, while plastic sheds are available for rental at affordable prices. Just be sure to check on the price and agree on it beforehand. Read More >>> 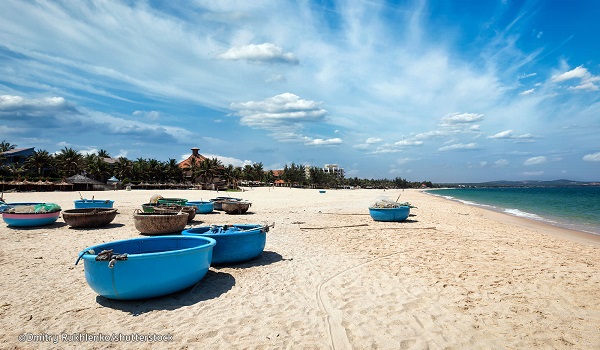 The best time to visit the Mui Ne Sand dunes is either early in the morning or late afternoon as it can get very hot during the day. Be sure to wear sunscreen and drink plenty of water during your visit as well.

Fansipan Peak is 3143 m above sea level known as the roof of Indochina. Hiking Sapa’s Fansipan Mountain may require a good level of fitness, but you’ll be rewarded with breathtaking views of mountain ranges and countryside within north-western Vietnam as well as glimpses of Yulong Mountain in China. Read More >>> 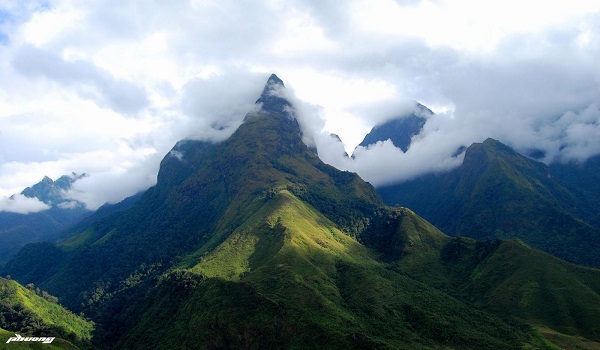 Located 9 kilometres southwest of Sapa Village, three-day to five-day hiking excursions are available between October and March, where you’ll pass through hill tribe hamlets and dense forest trails, followed by a 2000 metre-tall climb to the top of the mountain. 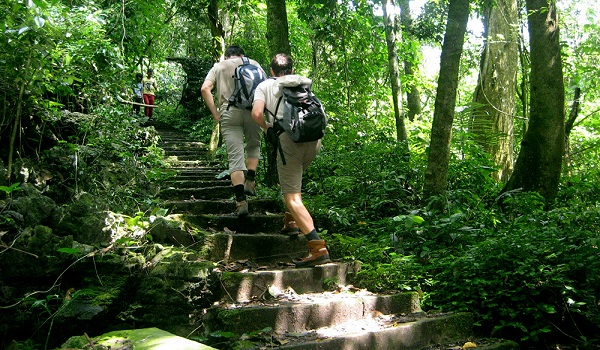 The park also houses the ethnic Muong hill tribe, where you can visit traditional stilt houses, waterwheels, bamboo rafts, and expansive rice terraces. It takes between three and four hours to reach Cuc Phuong National Park from Hanoi if you’re travelling by bus, car or motorbike.

Located within Dong Thap Province, Tram Chim National Park is a must-visit for avid bird enthusiasts and wildlife photographers. Between late December and early May, over 60,000 birds (particularly the sarus cranes) fly to Tram Chim every year and the best way to see them is by taking a boat through the park. 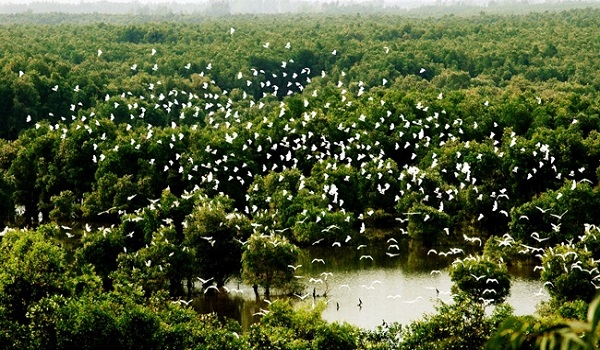 There are three boat routes available, with the shortest route (45 minutes) priced at VND500,000 per boat and the longest (2½ hours) costing VND800,000 per boat. Visitors can enjoy various activities during off-peak seasons, including cycling, trekking, rice harvesting, and fishing. Entrance to Thac Bac Waterfall is priced at VND 20,000, where visitors can hike through the forest, swim in its rock pools, or simply relax and enjoy the quiet surroundings. 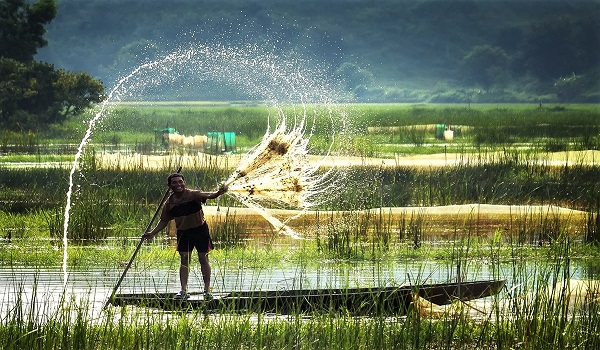 Great for travellers looking to explore a more traditional part of Ho Chi Minh City, daytrips to this natural attraction are available at various price points, often including stops at prominent villages such as Ben Tre, My Tho, and Cai Be.

Ba Vi National Park (Vườn Quốc Gia Ba Vì) is located 58 kilometres west of downtown Hanoi. It is famed for its three-peaked mountain that juts steeply up into the sky. 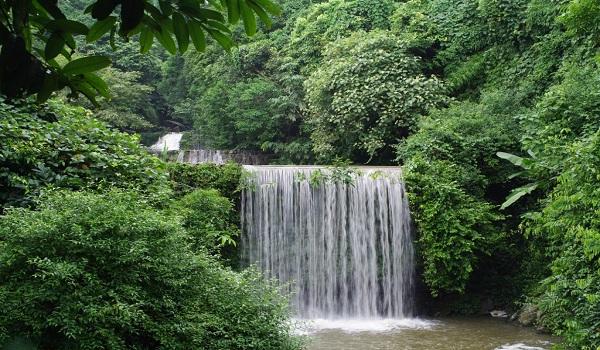 Featuring numerous forest trails, natural hot springs, and slopes between three mountain summits, the park offers a great escape from the city with fresh air and an atmospheric backdrop of clouds, rainforest, and an array of wildlife. There’s also 11th century Bach Ho Temple at the top of the highest summit, overlooking the surrounding countryside.