Vietnam, 4.000 years old country has a unique and lengthy history with 54 ethnic groups. It has a series of museums spreading in north, central and south to learn about what has happened here. This article includes the 10 Best Museums to visit in the big cities of Vietnam. Let’s have a look at the list below: 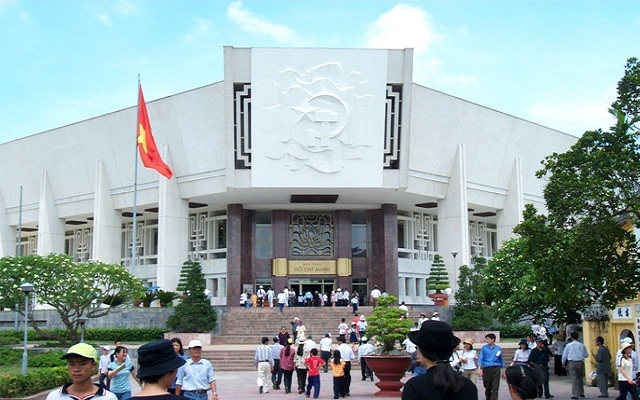 Some other relics close to Ho Chi Minh Museum for you to visit are: Ho Chi Minh Mausoleum, Presidential Palace ruins, One Pillar Pagoda, ... Opening time at Ho Chi Minh Museum is from 8 am - 12 pm and 2 pm - 4:30 pm Particularly for two days Monday and Friday, the time is open from 8am - 12pm.

Revolution Museum Hanoi (or Vietnam Revolution Museum) is addressed at 25, Tong Dan Street, Trang Tien Ward, Hoan Kiem District, Hanoi. Museum of Vietnamese Revolution is to store a lot of documents and artifacts as well as to recreate the history of heroic resistance of the whole nation in the resistance against France, the United States, Japan, feudal, ... to regain independence and self-reliance. due to the nation like today. 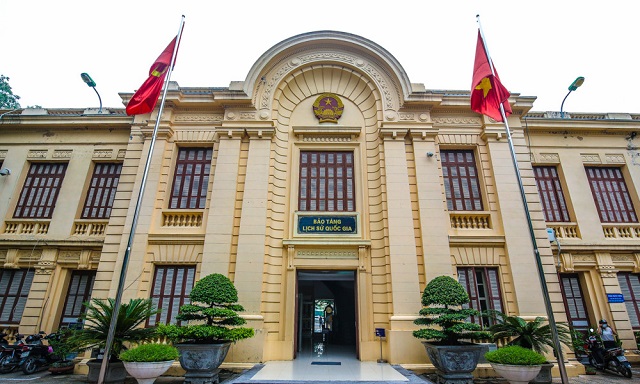 Vietnam Revolution Museum has more than 4 thousand artifacts on display. There are a total of 29 galleries, of which 27 are for exhibiting artifacts during the struggles against France, the US and Japan from the 19th century until 1975. The remaining 2 rooms include the first one. used to introduce the country, the people of Vietnam and the last room was used to introduce the spirit of solidarity and mutual support of the world and Vietnam.

Today, the Vietnam Revolution Museum has become one of the destinations of domestic visitors and especially international friends when coming to Vietnam.

Vietnam Military History Museum is located at 28A Dien Bien Phu Street, Dien Bien Ward, Ba Dinh District, Hanoi which is the first museum of the military museum system. Vietnam Military History Museum was built in 1956 and is a place to store and display many valuable artifacts, including 4 national treasures: MiG21 aircraft No. 5121, T54B tank number. 843 entered Independence Palace in April 30, 1975, MiG21 Aircraft No. 4324 and Ho Chi Minh Campaign Determination Map. In addition to these 4 treasures, there are nearly 16,000 artifacts currently stored here. 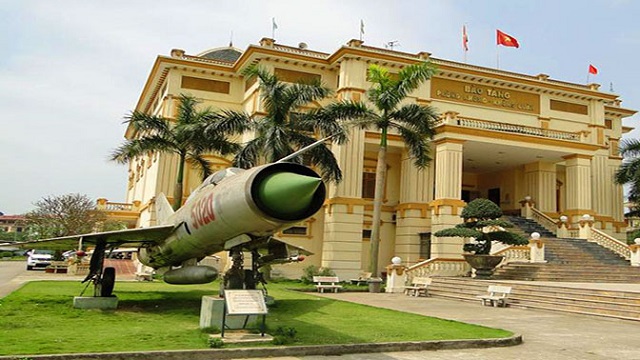 Vietnam Air Force and Air Defence Museum is located at 177 Truong Chinh Street, Phuong Mai Ward, Thanh Xuan District, Hanoi. Formerly the Defense Chamber Traditional Room was established in 1958. This is the second-ranked museum in the Vietnamese museum system. In 2004, the museum was newly built and completed in 2007.

This is a place to store many important artifacts and documents of the Air Force - Air Force soldiers during the construction, fighting and the school. The exhibition at the museum is divided into 2 main parts which are the indoor display and the large block artifacts displayed outdoors.

Indoor artifacts are divided into 6 categories, each of which is associated with other wars such as the resistance against France, the United States, ... Outdoor artifacts include unique weapons such as radars, radars, air force, missiles and other types of aircraft, transport helicopters, etc. have contributed to winning the wars of the nation. 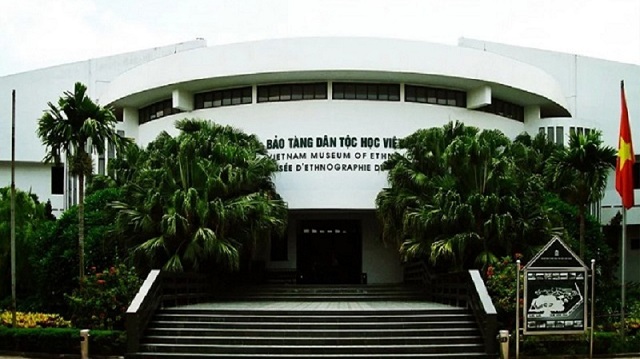 This is one of the attractive places to visit for domestic and foreign tourists. In the exhibition area, the notes, articles are presented in 3 languages including Vietnamese, English and French.

Vietnam Women's Museum is located at 36 Ly Thuong Kiet Street, Hang Bai Ward, Hoan Kiem District, Hanoi. Established in 1987, this is a museum built to honor Vietnamese women. Products on display at the museum include documents, tangible and intangible heritages related to the history and culture of Vietnamese women. Each of the exhibits displayed here is associated with a separate story in historical periods. 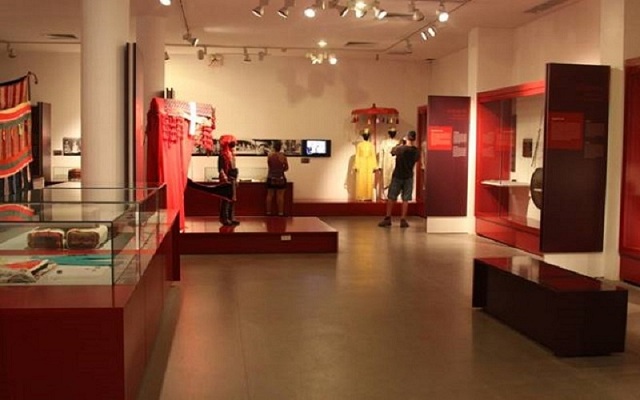 Collections in the Vietnam Women's Museum are classified according to materials such as ceramic, paper, leather, horn, earth, textile, metal, etc.

To help Vietnamese people and international friends to better understand Vietnamese women, the museum regularly organizes education and skills development activities for children aged 7 to 15 who are extremely helpful and exciting.

It is home to many cultural and artistic heritages of the Vietnamese ethnic community. Address at 66 Nguyen Thai Hoc Street, Dien Bien Ward, Ba Dinh District, Hanoi. Because it is located in a central location, it is very convenient for you to visit Vietnam Fine Arts Museum during your trip to Hanoi. 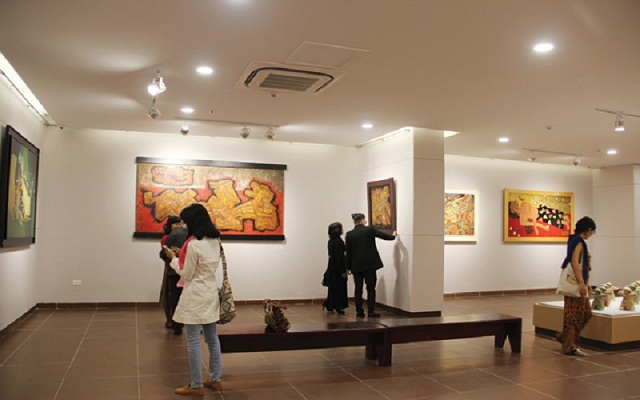 Vietnam Fine Arts Museum currently stores and displays over 18,000 artifacts in the country, typical for Vietnamese Fine Arts from the prehistoric period to the present.

Located at 28 Vo Van Tan Street, District 3, Ho Chi Minh City. The War Remnants Museum is a place to store and display some artifacts and images in the Vietnam War with topics such as exiled American soldiers, spraying toxic chemicals, and spraying bombs to destroy the North. There are also artifacts like airplanes, tanks, cannons and two compartments of Tiger Cages built simulated to the size of Tiger Cages at Con Dao Prison - one of the famous prisons in Vietnam attached. with national history. 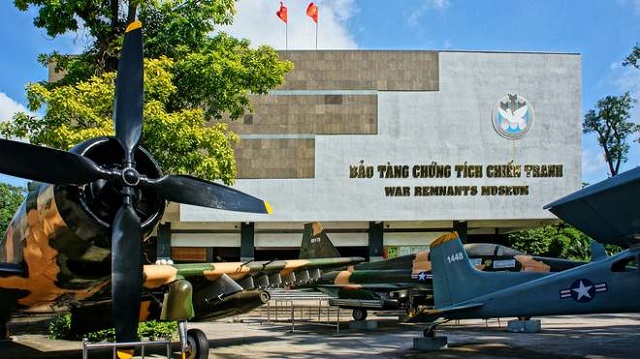 At the War Remnants Museum, there are also galleries on the War to protect the Northern border, War on the Southwest border and products of national culture, and the puppet room are also displayed outside the museum.

Cham Museum Danang is located at 2/9 Street, Hai Chau District, Da Nang. This is a museum displaying large-scale Cham artifacts in Vietnam. It displays many of the sculptural artifacts of the Kingdom of Champa found in the Central Highlands provinces, Binh Thuan, Ha Tinh, ... 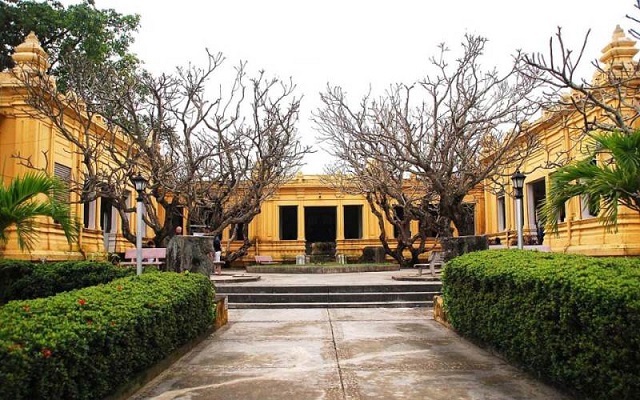 The museum currently displays about 500 exhibits in separate areas based on the location found such as My Son room, Thap Mam, Dong Duong, Tra Kieu,….

Museum of Oceanography is located in Nha Trang city, Khanh Hoa. There are many famous marine creatures in the world here. Coming to the museum, you will have the opportunity to admire the beauty of tens of thousands of species in the South China Sea as well as hundreds of tropical marine species. In particular, the Museum of Oceanography also stores, preserves and displays the giant whale skeleton that has been buried in the ground for at least more than 200 years. 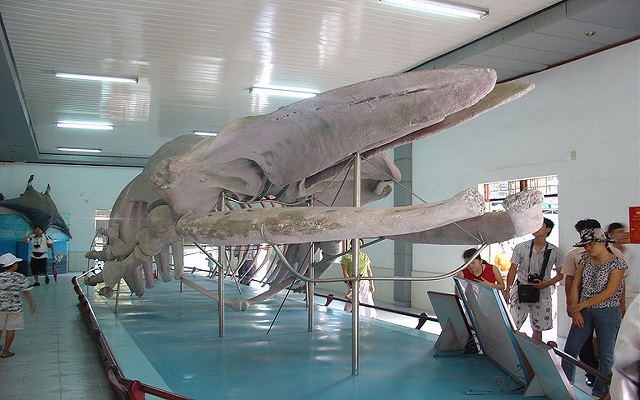 In addition, when visiting the Museum of Oceanography, you also have the opportunity to learn about valuable resources and antimicrobials as well as coastal environment landscapes, ecosystems such as sea grass, coral reefs, mangroves,…. Every year, the Oceanographic Museum welcomes a large number of tourists, especially during the peak seasons of Nha Trang Tourism.