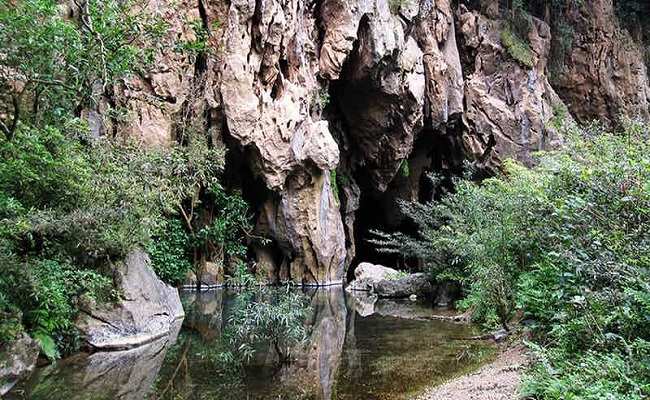 Perhaps the most naturally stunning and well-preserved area in all of Vietnam, Phong Nha-Kẻ Bàng is home to some of the world’s largest caves. The park, which shares a border with Laos’ Hin Namno Nature Reserve, covers an area of nearly 900 square kilometers and is often a stop for those riding the fantastic Ho Chi Minh Highway. Gibbons and Macaques roam the forests, yet it’s the sprawling karst cave systems that have earned Phong Nha a spot on UNESCO’s World Heritage list. Hundred of miles of underground labyrinths run beneath limestone giants that tower toward the sky. 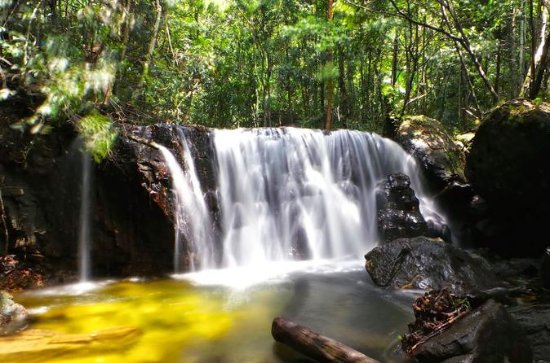 A gem nestled in the northwest corner of Vietnam’s most popular and unfortunately most overdeveloped island, Phú Quốc is home to more than 1,000 species of plant and 200 species of animal. Increasingly rare old-growth forests run throughout the park and Dipterocarp trees climb over 100 feet in height. Hiking and camping are easily accessible from Gành Dầu village. 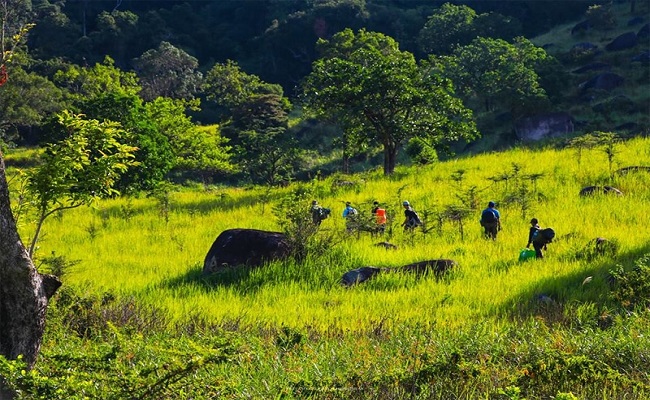 Núi Chúa is set on the eastern edge of the Annamite Mountains, overlooking one of the cleanest and most well-preserved stretches of coastline on the East Sea. The region, like much of Vietnam, is best visited by motorbike and is fringed by one of the country’s most fun and beautiful coastal roads. Within the confines of the arid park, bears, primates, bats and birds roam the hillsides. The shoreline is of particular importance as it’s home to the nesting grounds of a number of endangered turtle species. 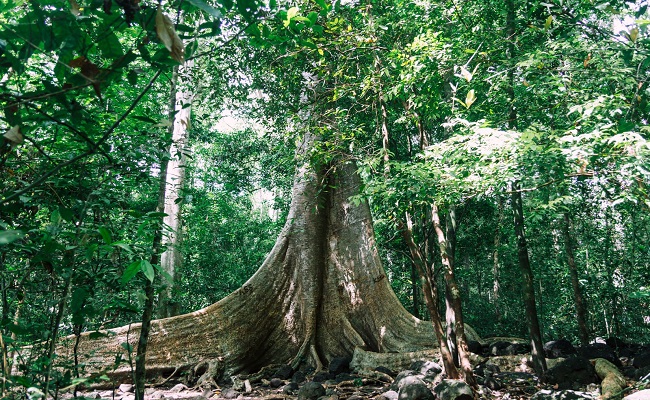 Cát Tiên is the closest national park to Ho Chi Minh City and an oft overlooked gem. The lowland forests are the largest and most important in the country, home to gibbon, deer and wild boar. The nature trails are extensive and well maintained, most of which can be completed without a guide and on bicycle. An excellent variety of lodging, from campsites to riverside bungalows, makes the park a great place to escape from Saigon’s concrete madness. 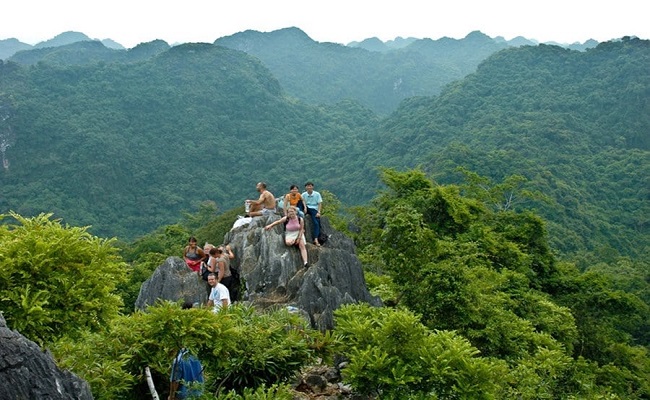 Floating in a sea of limestone peaks, Cát Bà serves as a focal point of iconic Hạ Long Bay. It should be a stop on any northern excursion. Much of the region resembles something out of Jurassic Park as jungles shoot skyward into the mist. A number of beautiful treks of moderate difficulty lie in the park’s confines. Cát Bà is also home to the majority of the world’s remaining white-headed langurs. If you look for the Nearest National Park, that close to Hanoi. Ba Vi National Park is only 62km West from Hanoi Center. 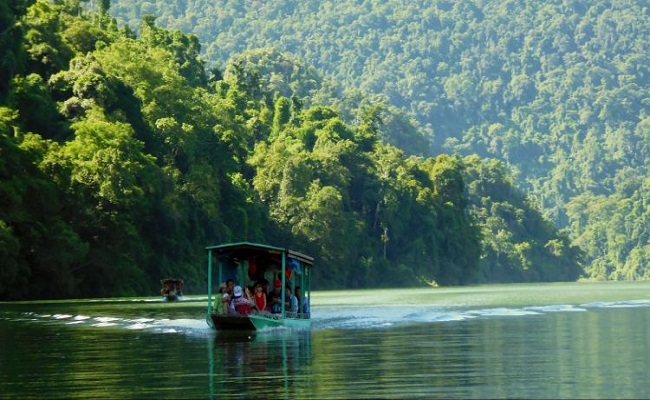 Ba Bể National Park is home to a number of ethnic minorities including the Tay, Dao and Hmong, and offers travelers the opportunity to experience life in traditional homestays. The park is made up of towering limestone mounts that crash down to pounding waterfalls before settling in Ba Bể lake, the largest in Vietnam. Trekking in the region is superb and can be arranged through most homestays or guesthouses. Cavernous limestone grottos, hidden along the water’s edge, should be explored by boat. 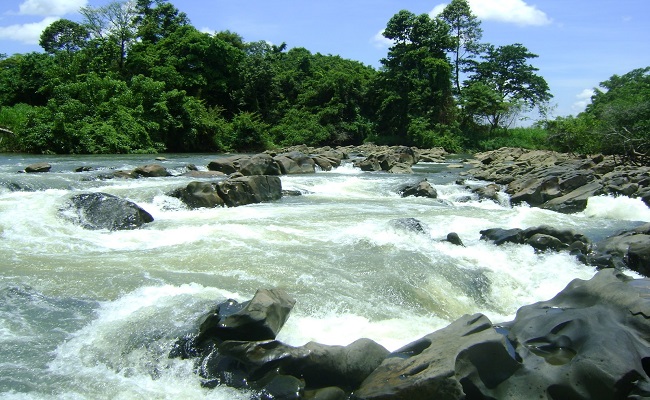 The largest of all of Vietnam’s national parks, Yok Đôn also happens to be home to some of the last remaining wild elephants and leopards in the country. However, over the years poaching and illegal logging have decimated their populations, dropping the chances of seeing one to pretty much zero. Nevertheless, the park retains an off-the-beaten track feel and is seldom visited by foreign tourists. Guided day and overnight treks through the dry forests are a great way to see it all. 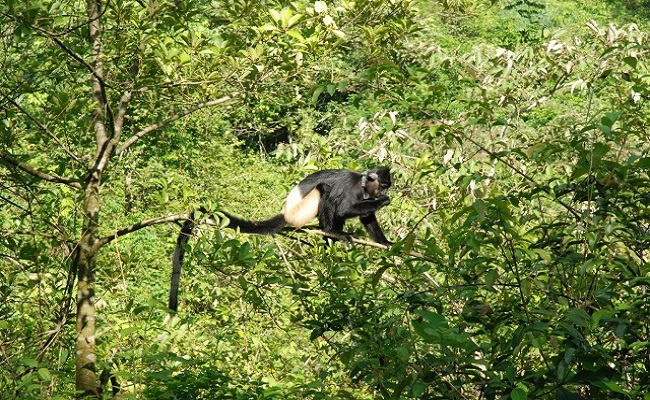 Cúc Phương is one of the most accessible parks Vietnam has to offer, lying just over a 100 kilometers from Hanoi. The region can be explored on foot, motorbike or bicycle and is best traveled over two or three days. Minority villages dot the lands and can be visited on a number of guided treks. The park is also home to a vast array of flora and fauna, including some of the nation’s most endangered turtles. But If you look for the Nearest National Park, that close to Hanoi. Ba Vi National Park is another option as this is only 62km West from Hanoi City Center. 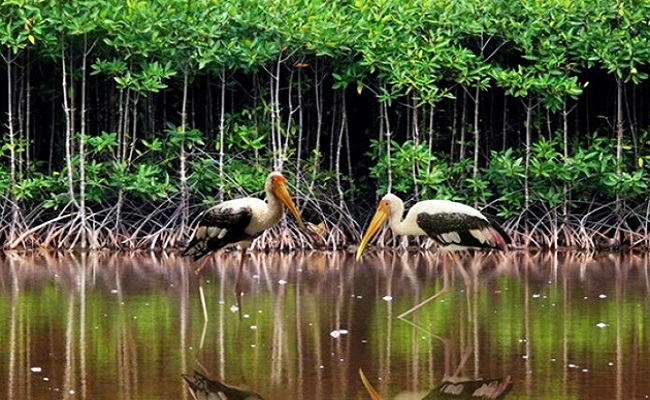 In a country experiencing rapid growth and popularity, it’s no real surprise that pristine natural areas are diminishing by the day. Côn Đảo National Park remains an outlier. Eighty kilometers out into the East Sea, an unblemished archipelago of green is reached by ferry from the Mekong or via plane from Saigon. The national park lies on the main island, Côn Sơn, and encompasses some of the country’s most untouched coral reefs and white sand beaches. Endangered sea turtles nest along the shorelines while the strange and friendly dugong, a cousin of the manatee, lounges in the park’s clear waters. 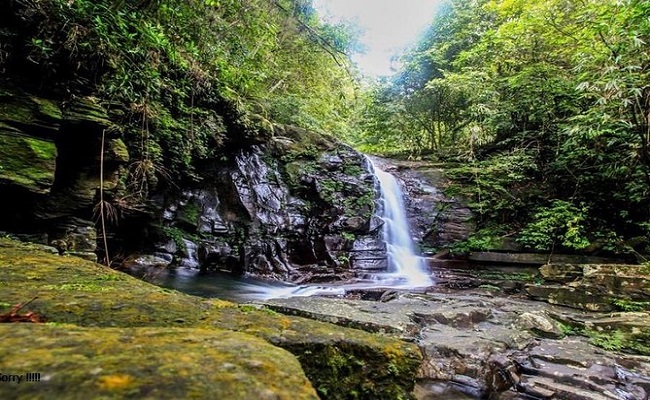 Bạch Mã National Park is located west of the imperial capital of Huế, near the central coast of Vietnam. Dilapidated French villas, overrun by pine forests, peer out through the wilderness as mile-high peaks float in the distance. The park is home to some of the most dense and pristine ribbons of jungle in central Vietnam.