Da Nang City Vietnam: Best Things to Do and Top Things to See

Da Nang is located in Central Vietnam, 700km from Hanoi in the North, and 1000km from Ho Chi Minh City in the South. Danang is the fourth biggest city in Vietnam with population of about 1.2 millions. Apart from some shopping highlights and historical sights, the main reason for most travellers staying here is its proximity to the well-known My Khe Beach, Lang Co Beach, Ba Na Hills, Hoi An and My Son Cham Tower Complex.

Ba Na Hills is a hill station and resort located in the Truong Son Mountains west of the city of Da Nang, in central Vietnam. The station, advertised as "Da Lat of Danang province" by local tourism authorities, was founded in 1919 by French colonists. Linh Ung Pagoda is situated near the station, with a cable car nearby to tourists and from the resort. 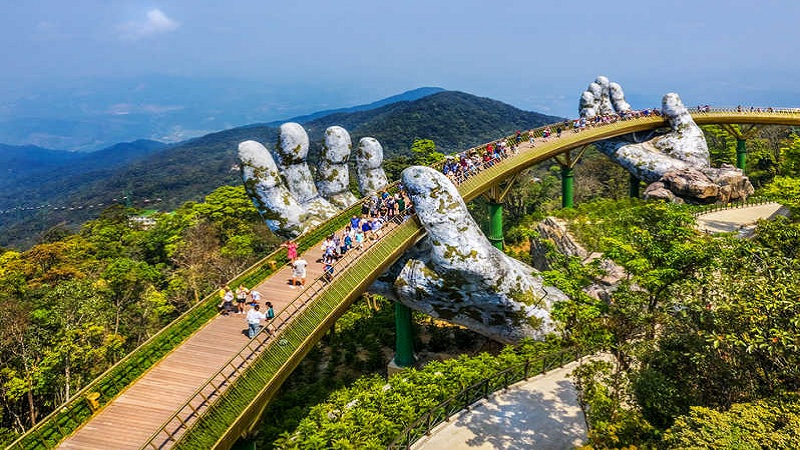 Dragon Bridge measures 666 metres in length, making it the longest bridge in Vietnam. A popular spot amongst photographers, the six-lane bridge crosses the Han River and is constructed in the shape of a golden dragon, which locals believe symbolises power, nobility and good fortune. 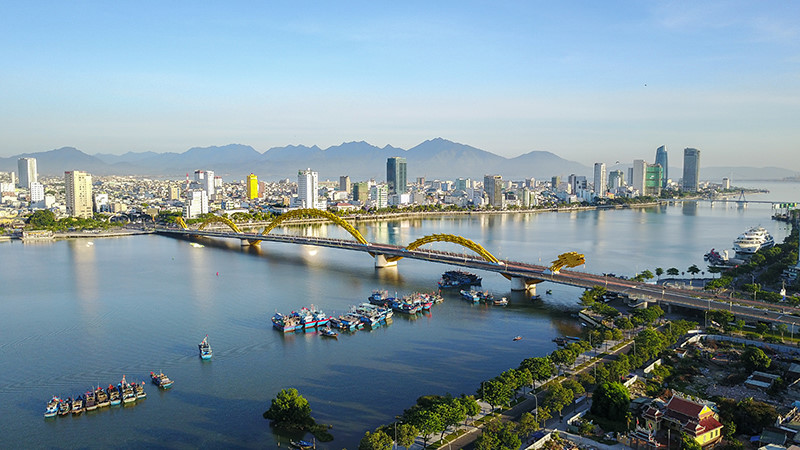 While it’s a magnificent sight at any time of the day, Dragon Bridge is particularly cool (and packed with sightseers) during weekends as it is illuminated with colourful LED while it breathes fire and spits out water from 21:00 onwards.
• Location: Da Nang City Centre, Da Nang

My Khe Beach boasts a 20-mile stretch of white sand that’s approximately 6km east of Da Nang. Named by the American troops who visited during the Vietnam War, it is considered to be one of Vietnam's most picturesque beaches. Hosting a number of high-end resorts and seafood restaurants, My Khe Beach is also a popular spot for sunbathing, fishing, snorkelling, jet-skiing, and surfing. 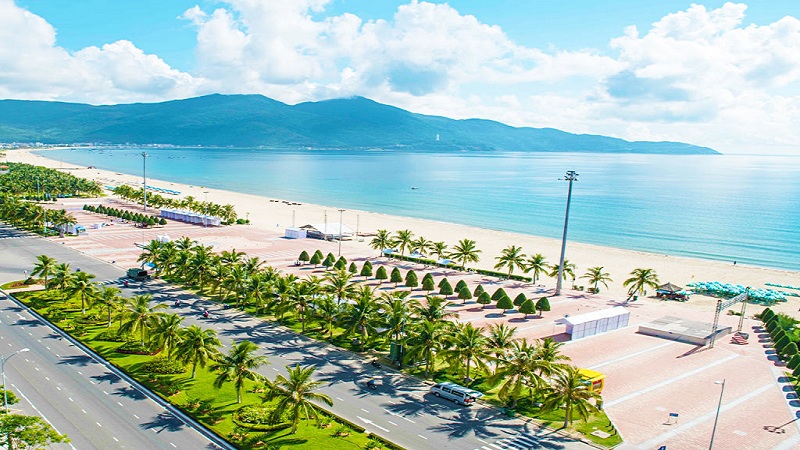 Visitors can also check out numerous World Heritage Sites such as Hoi An Ancient Town, Hue Imperial City, and Phing Nga Caves, all of which are easily accessible via bus.
Location: Nguyen Van Thoai, Da Nang.

Marble Mountains are a cluster of five limestone and marble hills within Hoa Hai District, about 9km south of Da Nang. Named after natural elements, the peaks are individually known as Thuy Son (water), Moc Son (wood), Hoa Son (fire), Kim Son (metal) and Tho Son (earth). There are also a host of 17th-century Buddhist sanctuaries and pagoda temples dotted across the mountains, where locals pray and get their fortunes told. 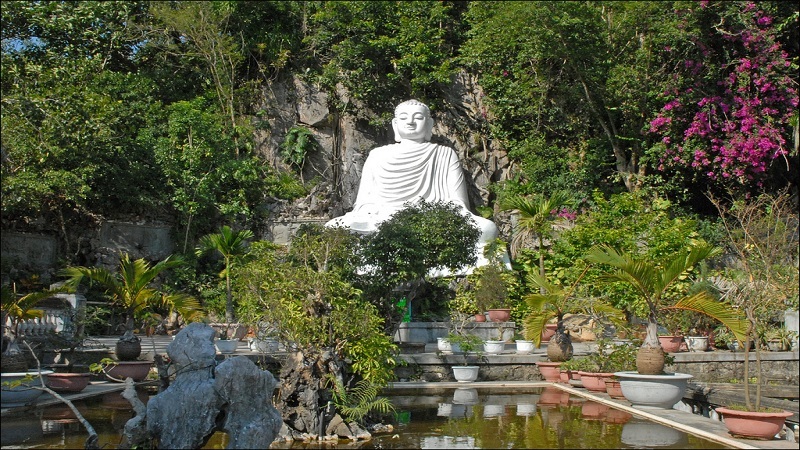 A must-do for any first-time visitor to Da Nang is climbing the steps to the top of Marble Mountains, where they can enjoy spectacular views across Non Nuoc Beach or My Khe Beach. Alternatively, there’s an elevator service (VND 30,000) available for those with physical disabilities.
• Opening Hours: Daily 07:00 – 17:00
• Location: 9km south of Da Nang, Hoa Hai District
• Price Range: VND 15,000

Son Tra (Monkey) Mountain is a breath-taking national park in Da Nang that stands at 693 metres above sea level. Locally known as the Son Tra Peninsula, the winding roads surrounding prove to be a popular spot for motorcycling while hiking enthusiasts can enjoy the verdant jungles and also spot rare species such as the red face monkeys. 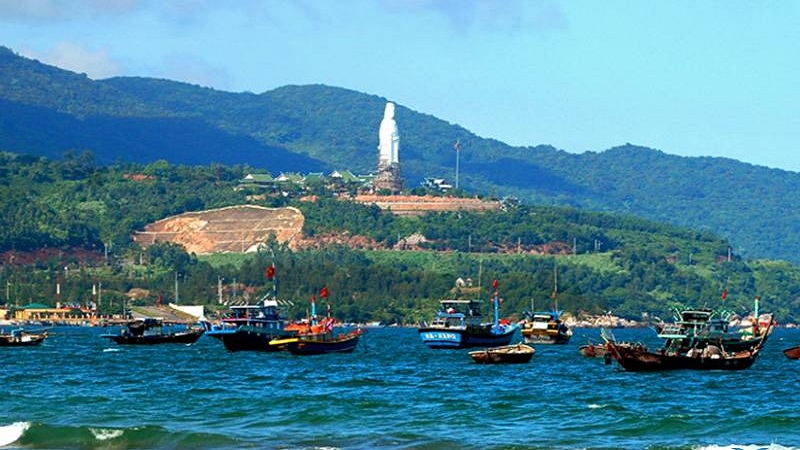 Linh Ung Pagoda is also set on Son Tra (Monkey) Mountain, which is a prominent attraction in Da Nang for housing the tallest statue of the Goddess of Mercy. Built atop a lotus-shaped platform, there are a total of 21 miniature Buddha sculptures within the beautiful 67 metre-tall white statue.
• Location: 12km north of Da Nang, Son Tra Peninsula. (Read More >>>)

Phap Lam Pagoda is set within a two-storey building along Ong Ich Khiem Street, featuring plenty of trees, manicured gardens, and beautiful Buddhist sculptures. Despite its location within the bustling Da Nang city centre, the atmosphere here is very serene with locals praying in the morning and monks going about their daily lives. 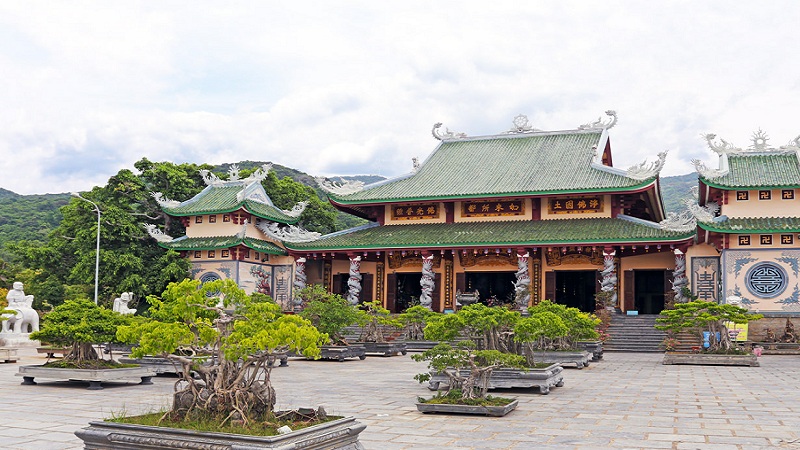 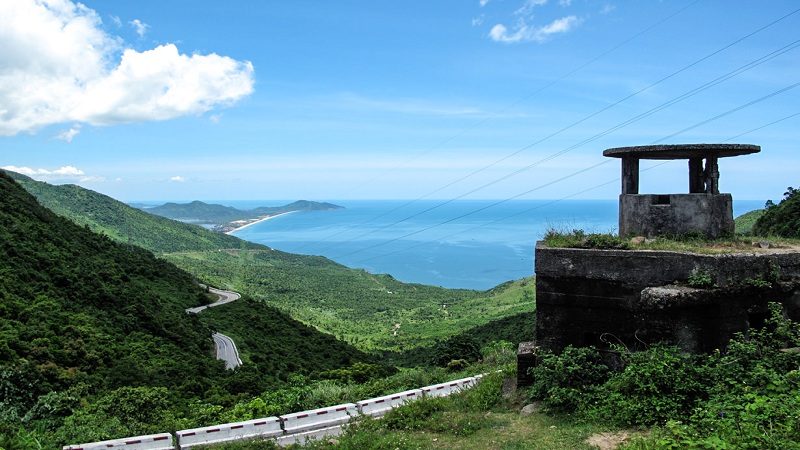 The pass also hosts a dilapidated French-built fort that was later used as a bunker by South Vietnamese and US armies during the Vietnam War. Due to its sudden curves and blind corners, Hai Van is also notorious for its fair share of accidents – look out for small altars set along the roadside which are dedicated to perished victims.

Cham Museum Da Nang commemorates the culture, lifestyle, and practices of Vietnam's indigenous Cham tribe, who have roots dating back as far as 192AD. Founded during the colonial French rule in 1915, it is known as the only museum of its kind in the world. 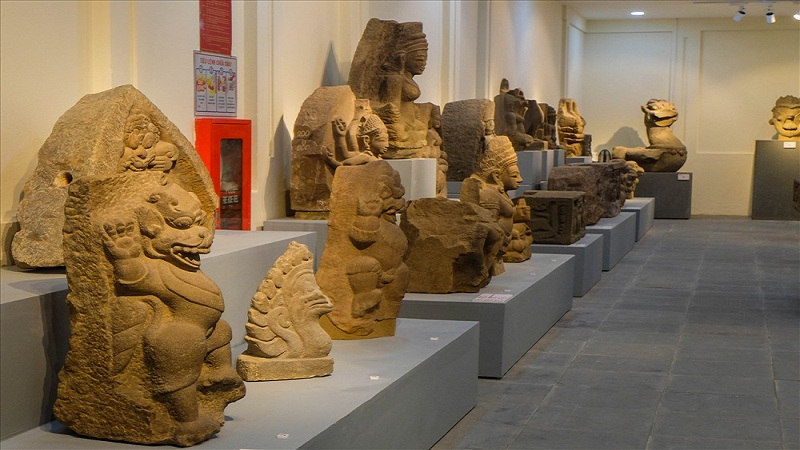 Da Nang Cathedral is one of the most unique catholic churches in Vietnam, featuring a pink-painted edifice, stained-glass windows, and an imposing bell tower topped with a rooster weathercock. Built by the French in 1923, it’s also known as Con Ga Church (Rooster Church) and serves the local Catholic community to this very day. The cathedral is located along Tran Phu Street, about a 15-minute walk from the iconic Dragon Bridge. 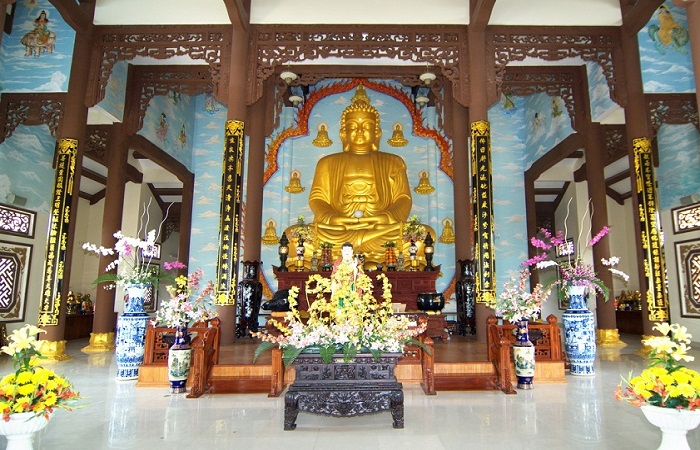 A 20-minute drive from Da Nang City, Non Nuoc Beach boasts international acclaim as one of the most beautiful beaches in the world. Featuring soft white sands, a gentle slope, unpolluted waters and mild waves, visitors can do plenty of leisure activities such as sunbathing, jet-skiing, and surfing whilst enjoying local seafood dishes. 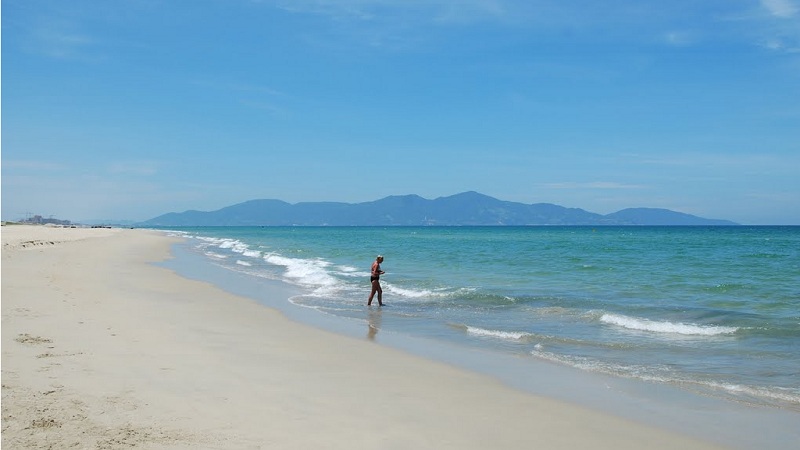 The Fifth Military Division Museum of Da Nang offers visitors a glimpse of Vietnam’s tumultuous past, featuring displays of war relics, news articles, and photographs taken by soldiers of the Fifth Military Division. The massive museum is divided into four main sections, including outdoor and indoor display areas, a replica of Ho Chi Minh's residence, and a Ho Chi Minh Museum. 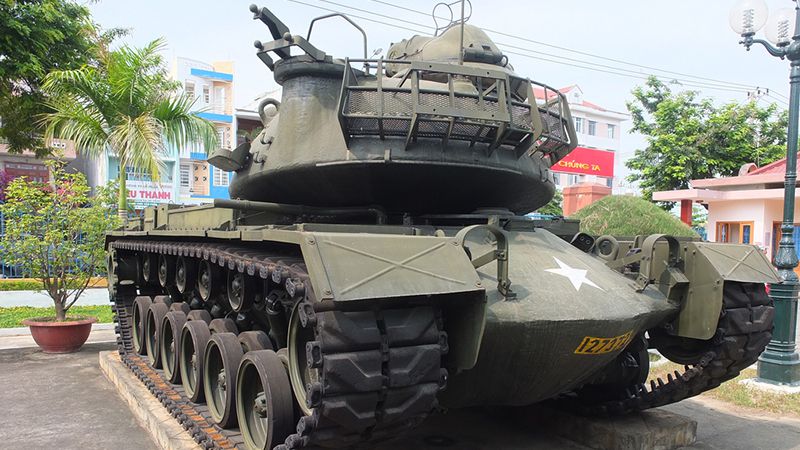 Da Nang City Vietnam: Best Things to Do and Top Things to See