For Vietnamese Culinary, fish sauce has long been the unsung hero. It does not a matter you love it or hate it, fish sauce is the soul of Vietnamese cuisine. If you don’t find a tiny bowl of nuoc mam next to the local dish you are served, there’s a good chance that it has already been included in the food during cooking as a key component.

The saltiness and sweetness of the oil-rich anchovies fermented for months strike your taste buds at once. Its pungent aroma, unwanted for some but fantastic for others, makes fish sauce a robust sidekick to any dish.

Given the country's long coastline, you can imagine the special connection the locals have with their fish sauce. The country consumes around 200 million liters of fish sauce every year at a cost of between VND7.2 and 7.5 trillion ($320-333 million), according to the General Statistics Office. For anyone who is still in doubt, try these 6 local dishes that fish sauce works its magic best with.

Dubbed the Vietnamese sister of the crepe, these sizzling cakes are the perfect rival to their western counterpart. The pancakes made from rice flour and coconut milk are topped with pork, prawns or in some cases duck before being fired until crispy and folded in half. Banh xeo is not complete without a sweet and sour fish sauce with pickle. All gourmets agree on one point: it’s the sauce that sets the stalls apart.

Born as a popular comfort food option among the working class in the south, the dish has gradually found its way to Vietnam's culinary hall of fame. Traditionally a serving only consisted of rice, scallion oil garnish and shredded pork skin. Over time, the dish has evolved with higher living standards. Instead of pig skin, southerners now add shredded pork. 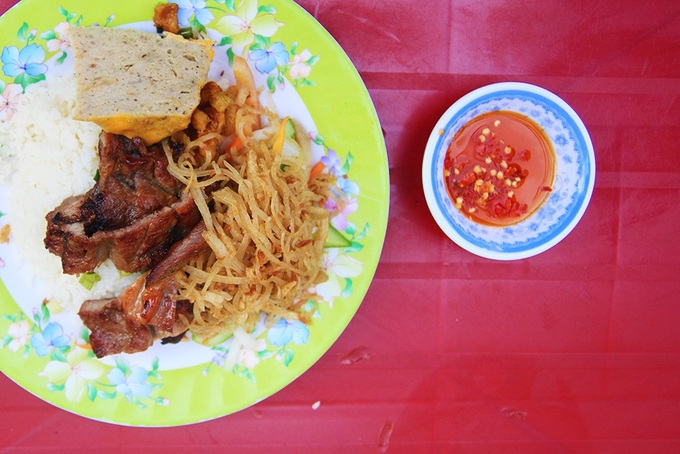 The sauce is the spirit of the dish. Many broken rice eateries have been shunned purely because they failed to create a decent sauce. The sauce served with the dish is savory thanks to refined sugar, premium fish sauce and sometimes a little bit of pineapple juice. Garlic and chili are also added.

They 're called cha gio in the South and nem ran in the North. Either way they're one of the most popular dishes in the country, usually prepared for family gatherings and traditional holidays. The ground pork is mixed with wood ear mushrooms and carrots before being wrapped in rice paper and deep-fried. 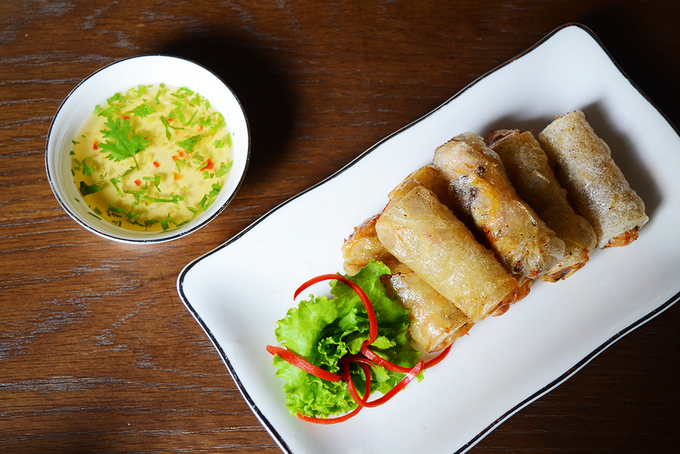 It’s served next to a bowl of fish sauce mixed with lemon juice, sugar, garlic, chili peppers and water. This the the most popular dish for Vietnamese on every special occations.

The Bún Chả, or grilled pork, is quite the naked version of the one above, where the fatty pork is either sliced or made into meatballs, and grilled without the wrapping. The noodles are added later in the form of rice vermicelli (called bun in Vietnamese). What defines the taste of the whole dish is the dipping sauce, which is usually lighter and sweeter than the one served with cha gio.

Instead of deep-frying the rolls, the Vietnamese also have a cooler way to enjoy them: pre-cooking the pork and wrapping it in rice paper with prawns, fresh herbs and rice vermicelli. If you are familiar with our food series 'Hanoi Bang Bang', you'll remember banh cuon or steamed rice rolls were featured as a restorative breakfast and a reliable midnight belly-warmer in the capital. The sauce accompanying the tender rolls filled with chicken or pork decides the winner in the steamy competition between the best banh cuon cooks in town. Our pick was an eatery that combines bone broth with the fish sauce to create the perfect blend.