Cat Tien National Park Vietnam: Everything You Need to Know

Whether you love to explore untouched forest, challenge yourself to off-the-beaten-track trekking or catch a glimpse of little-known wildlife, National Park of Cat Tien near Ho Chi Minh City is the ultimate expedition for nature-lovers.

Cat Tien Nark is home to a vast array of wildlife, including many hundreds species of mammals, reptiles, birds and fish. Primates are particularly very prevalent, especially gibbons and langurs, as well as Asian elephants, sun bears and clouded leopards. However, the most impressive inhabitants in national park are perhaps the plants, with the area boasting an incredible 1,610 species of botanical plants. 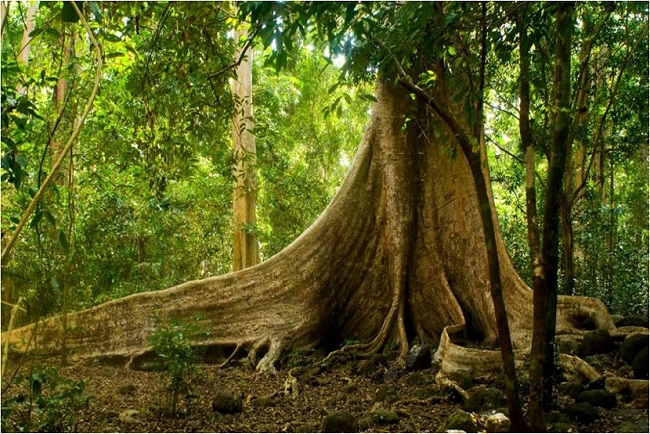 Originally, the National Park was split into three separate parks, Nam Cát Tiên, Tây Cát Tiên and Cat Loc. But, when Vietnamese Javan rhinoceros were discovered here latter, the three areas merged to better accommodate their breeding. The Rhinoceros are not only endangered animals to benefit from the protected area either – the national park also holds an ape rehabilitation centre, a breeding area for a number of forest conservation projects especially Siamese crocodiles.

Best Things to Do in Cat Tien National Park of Vietnam:

1. Trekking through the forest of rare species of flora.

Among dozens of things to do in National Park of Cat Tien, trekking in the forest is seemingly common for most visitors who wish to seek the vibrant wildlife experience. In fact, there are two choices for a trek when you come to Cat Tien national park; first option is trekking to Crocodile Lake, and the other option is trekking along a short trail to peer down at unique species of flora and learn about a world of hundreds of years old giant trees, surely stunning you very much. 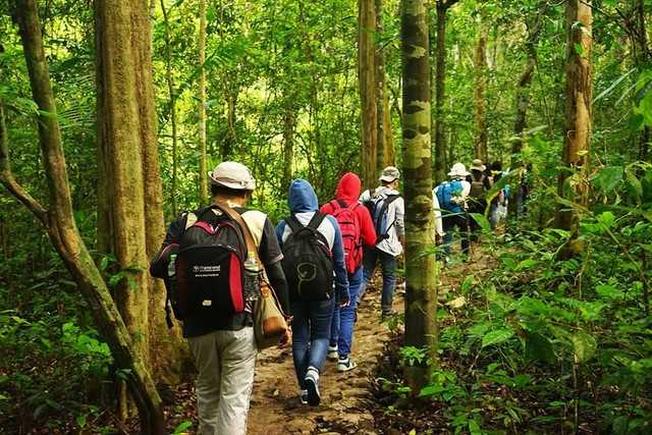 While many domestic visitors prefer trekking alone to freely explore the wildlife’s scenery, foreign tourists are highly recommended to require an English-speaking tour guide to go with you, that will help you understand more about growing history of those species of flora.

2. Cycling in the nearby Local Village of National Park: 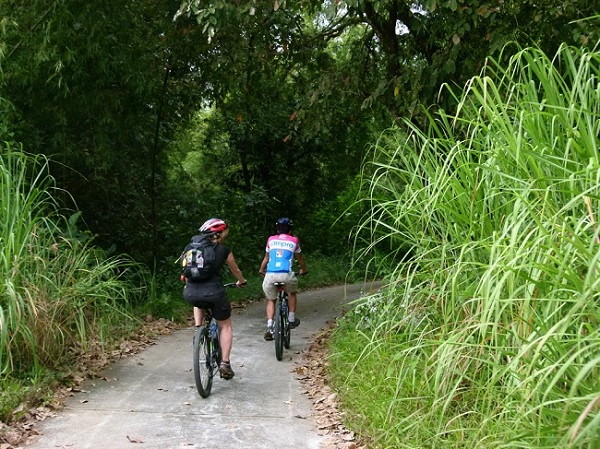 The village is a place you can find surprisingly poetic paddy fields at the foot of green hills and hospitable inhabitants. Cycling through narrow paths in the village to get a sense of the tranquility and fresh air is a plus point for this cycling trip. It is great to visit the nearby pagoda on the hillside if you have much time.

Cat Tien Farmstay is a name of a homestay in a special form, two kilometers apart from the Cat Tien National Park. It is highly recommended that you should not miss this experience since it is designed to let you live closer to nature. 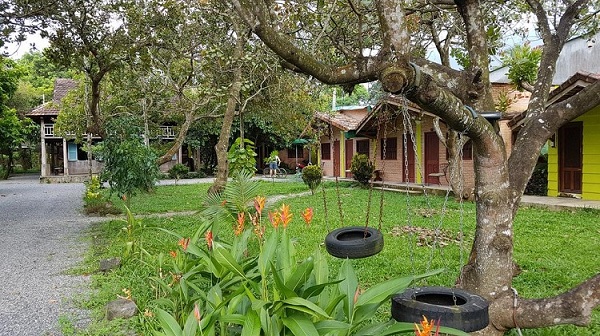 Cat Tien Farmstay is depicted as a miniature of an idyllic village with a few houses surrounded by striking gardens of flower, and there are a some rooms in each of these houses. The most special thing is the new and impressive design found in each of the bathrooms here.

Crocodile Lake is home to about more than two hundred crocodiles and portrayed as a phenomenal picture of nature. Although name of the lake sounds quite scaring, but it is indeed a tranquil place to chill out. However, boat trip on the lake is a completely forbidden activity while even you can still see some rangers rowing without any protection around. 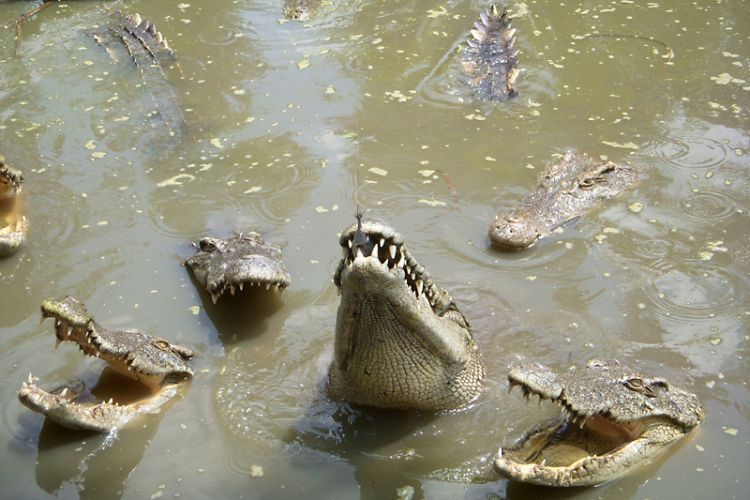 To reach this place, you need trekking along an intriguing narrow trail full of the tall trees’ shadow and cool breeze first, and it will be a very interesting thing to do in Cat Tien National. This trekking trip allows you to uncover interesting species of flora, ranging from seasonal local mushrooms, dazzling huge trees to thick canopies of vines.

It requires a ticket to see wild animals at night, that you will join a group transferred by a small or big truck through a zone of the forest. During the night trip, you will have chance to witness the life of some wild animals roaming to seek for their food. 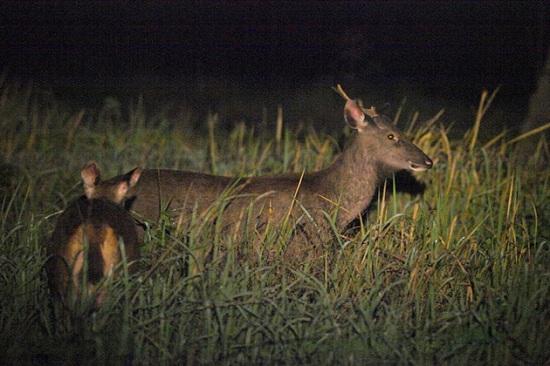 In recent years, the wild animals have moved back to the deeper areas of the Cat Tien forest to avoid the humans’ hunting; that is the reason why the trip sometimes may let you down a little.

Both domestic and foreign tourists are highly recommended to visit this center – it is totally a must-do in Cat Tien National Park. The center is situated in a small isolated island of National Park and is a plcae where endangered primate species like golden-cheeked gibbons, back-shanked douc, silvered langur, and pygmy loris are taught basic skills before being freed back to the wildlife. 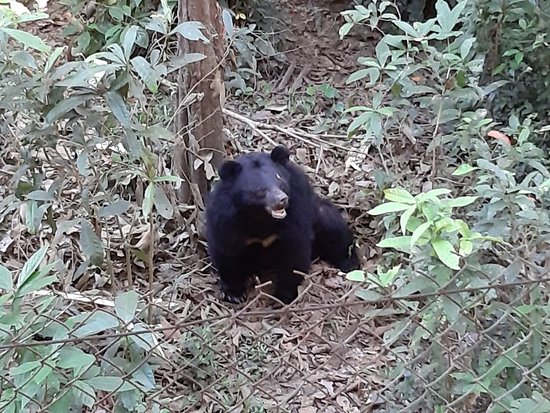 All of these animals have been rescued from the humans’ capture for illegal trade and had forgotten their own instinct to survive in the wildlife. It is really a big effort of volunteers in the primate center and the trip is clearly valuable in enhancing the humans’ awareness of protecting the primate animals from the threat of extinction.

How to Get to Cat Tien National Park?

National Park of Cat Tien is one of the largest nature reserves in Vietnam, encapsulating an area of about 719 square-kilometres, and stretching across three different provinces in South Vietnam. Although the national park was technically established in 1992, the history of National Park goes back to the 1970s with centuries-old trees to prove it. Tourists are encouraged to visit the Cat Tien national park, but numbers are limited in order to protect the site, so booking in advance is recommended.

Located north-east of Saigon/ Ho Chi Minh City, the national park can be reached in 3-4 hours by car. Tourists can stay overnight, or for a number of nights in simple bamboo huts to luxurious lodges. Much of the accommodation here is set amid the forest itself, providing ample opportunities for watching the many wild inhabitants of national park.

Cat Tien National Park Vietnam: Everything You Need to Know