Bach Ma National Park, has been interested by many people because of its reputation for the biodiversity resources of many rare animal and plant species. In 1925, during the French colonial period, in order to protect the Edwards's Pheasant (Lophura edwardsii), the local government built and submitted to the French Colonial Ministry a project to establish a national park. In 1986, the forbidden forest Bach Ma - Hai Van was established with an area of 50,000ha. 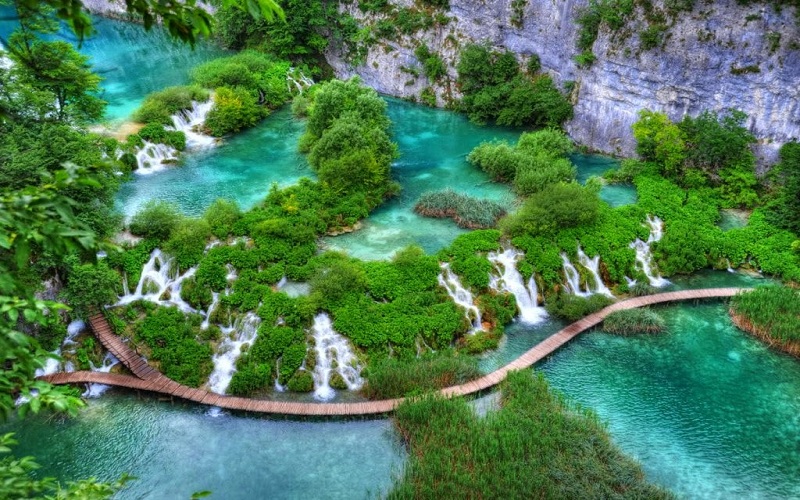 Bach Ma National Park is part of the Truong Son Bac range, with many mountain ranges with peaks over 1,000m high running from the West to the East and gradually descending to the sea. The terrain is rugged, strongly divided and very steep, the average slope of the whole region is 150-250, many places have steep slopes above 400. 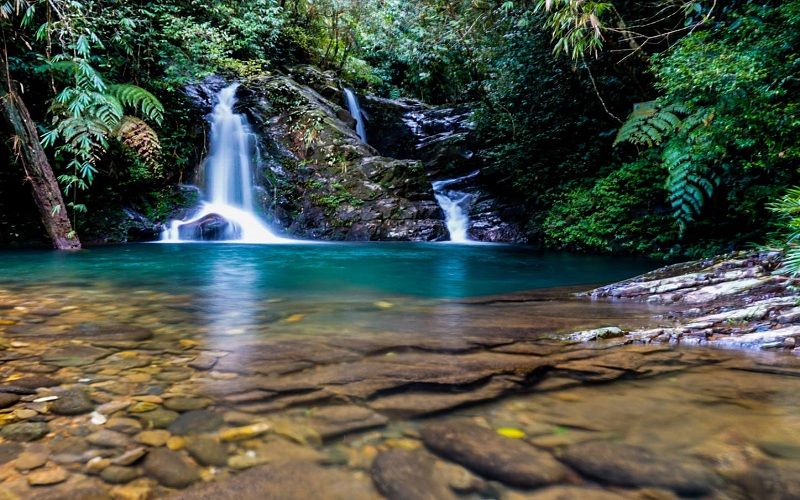 At the foot of the mountains are narrow, long valleys with streams. clean creates a unique beauty to attract tourists, and contributes to improving the sub-regional climate.

The garden is located in the monsoon tropics. The annual average temperature of the entire Park is 250C, particularly in Bach Ma peak area is 19 0C (height> 1,200m). The average rainfall in the peak area of Bach Ma is about 8,000 mm / year, the average annual rainfall in the park is about 3,500mm / year.

The humidity in the Bach Ma peak area is quite high, accounting for 90%. The average humidity of the whole region is 85%. Bach Ma National Park is the place to regulate water sources for major rivers in the region such as Truoi river, Cu De river and Ta Trach river (upstream of Huong river).

The total surveyed area of the park is 37,487 ha, of which 98.9% is in the Feralit soil group, created by the substrate including the following parent rock groups:

The geological foundations of the Bach Ma mountain range are less complicated, most of which are clay and metamorphic rocks, acid magma rocks. At an altitude of over 900m there is yellow feralite soil in the mountains developed from acid Mac Ma rock. Altitude below 900m is mainly yellow or red yellow feralite soil. The valleys have sloping lands along rivers and streams. Through the 2011 inventory results, there are many endemic, rare and endangered species included in Vietnam's Red Data Book, which need to be prioritized for conservation as follows: 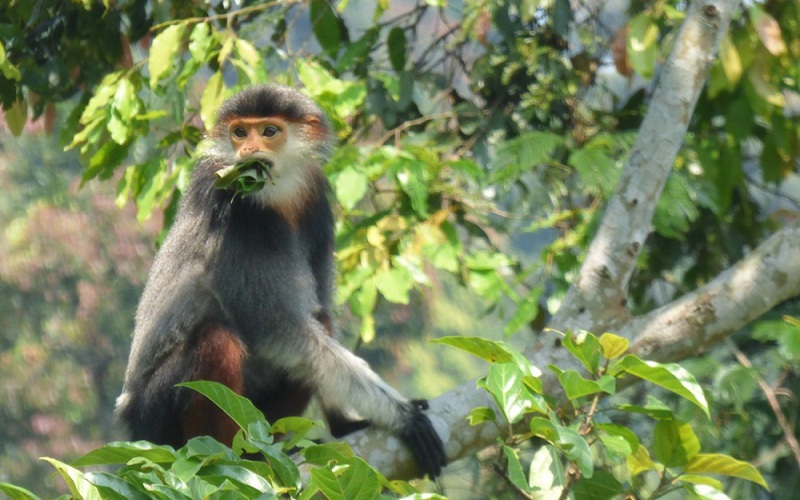 About the mushroom and flora system, there are 2,373 species (accounting for nearly 17% of the total plant species in the country). Specific details: Mushrooms have 55 families, 332 species. Mosses have 25 families, 87 species; Ferns and close relatives have 28 families, 183 species; The gymnosperm branch has 7 families, 22 species; The Angiosperms industry has 157 families, 1,749 species, of which there is 464 species of One-leaf shoots and 1,285 species of Double-leaved leaves.

Through the 2011 inventory results, many endemic and rare plant species recorded in the Vietnam Red Book should be prioritized for conservation:

- There are 5 new species for science, first discovered and named Bach Ma, including: