Nui Chua National Park was included on Decision No. 194/CT of the Chairman of the Council of Ministers on 9th August 1986, which decreed the establishment of a 1,000 ha nature reserve in An Phuoc (now Ninh Phuoc) district of Ninh Thuan Province. However, the deciduous forest in this area was largely destroyed during the mid 1990s. Consequently, Ninh Thuan Provincial DARD chose a coastal area further north, centred on Nui Chua mountain, as a more suitable area for nature reserve establishment. 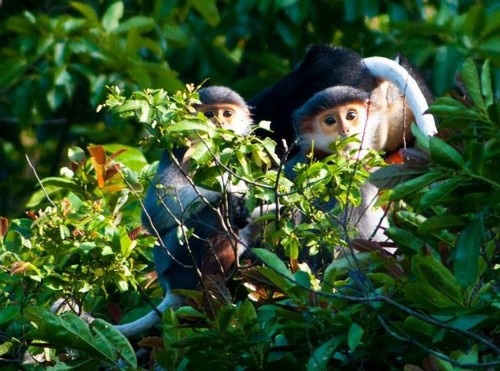 In 1997 Forest Inventory and Planning Sub-Institute of Ho Chi Minh City prepared an investment plan for the renamed Rung Kho Han Nui Chua Nature Reserve (Anon. 1997). This plan was approved by MARD on Jan 12 1998, and by Provincial People’s Committee Ninh Thuan on 1 April 1998. 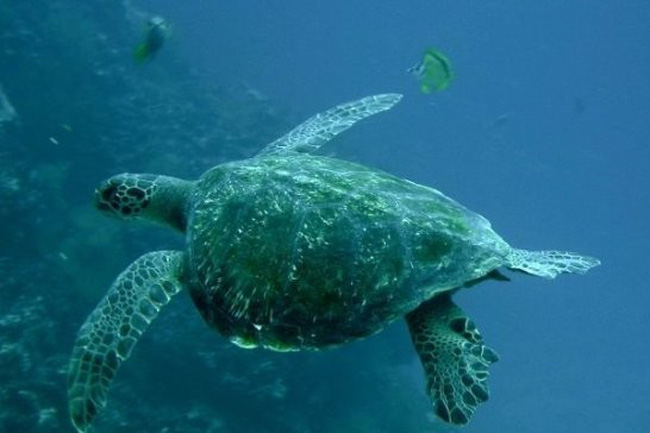 On Jul 9th 2003, the Special-use Forest category of the nature reserve was revised to national park, following Decision No. 134/TTg of Vietnam Prime Minister. According to the decision of Prime Minister, the name of this national park is Nui Chua. Nui Chua National Park is included on a list of Special-use Forests to be established by the year 2010.

Nui Chua National Park is situated in 2 communes of Khanh Hiep and Khanh Hai, Ninh Hai district, in the coastal area of south-central Vietnam. This national park is situated on a wide, mountainous promontory, which projects into the East Sea between the Bays of Cam Ranh and Phan Rang. The topography of Nui Chua National Park is mountainous, with elevations ranging from 0 m to 1,040 m above sea level at the summit of Nui Chua. The hydrological systems of the national park are comprised of short streams that drain steep slopes. Most of these streams cease to flow during the dry season, since this national park is located in an area that receives the lowest rainfall in south-central Vietnam; the national park receives an average rainfall of only 650 mm per year.

The Nui Chua National Park’s original vegetation was a mixture of evergreen forest, semi-evergreen forest and deciduous forest. However, most of the natural forest at the area was destroyed at the beginning of the 1990s, as a result of jungle over-exploitation. Recently, the only relatively undisturbed primary jungle remaining is lower mountain evergreen forest, distributed in the north of the Nui Chua national park, at elevations above 800 meter. There are extensive areas of degraded and secondary forest at lower elevations. At elevations between 150 and 800 m above sea level support scrub dominated by thorny trees. This habitat type is only found in the area with hot and dry climates, and is under-represented within protected areas network of Vietnam.

During 1994, the fauna of National Park was surveyed by Xuan Mai Forestry College in Hanoi. In 1994 according to Pham Nat, a number of mammal and bird species of global conservation concern were founded during this survey, including Pygmy Loris Nycticebus pygmaeus, Black-shanked Douc Pygathrix nigripes, Sun Bear U. malayanus, Asian Black Bear Ursus thibetanus, Large-antlered Muntjac Muntiacus vuquangensis and Siamese Fireback Lophura diardi. However, due to the high human population within the area, and the potentially high levels of local hunting, the current status of these species at the area is uncertain.

Recently, Nui Chua National Park has been the focus of a number of surveys by the WWF Indochina Programme. These surveys of WWF Indochina Programme have revealed that, the Nui Chua national park is important for the conservation of marine biodiversity as well as being important for the conservation of terrestrial biodiversity. For example, several of the beaches within Nui Chua national park are nesting grounds for small numbers of marine turtles. Therefore, the fringing coral reefs in here are particularly rich, with about 307 species recorded, and are generally in good to perfect condition (WWF 2003). The most recent survey had identified about 46 species with new distribution records for Vietnam, and a distinctly different coral community structure to other reefs in All Over Vietnam (WWF 2003).

A total of 28,863 local people live inside Nui Chua National Park, and a further 24,546 others live in the buffer zone. The majority of local people belong to the Ethnic Groups of Kinh, Cham and Ra-glai. The socio-economic level of many of these local people is quite low, especially the inhabitants within the national park, who every year have to experience an average of six months of food shortages.

Forest clearance for local agriculture is a particular problem at the national park: there are more than 600 ha of wet rice land, more than 2,500 ha of shifting cultivation and about 750 ha of industrial crop land inside Nui Chua national park boundary (Ninh Thuan Provincial FPD in litt. 2000). Another problem identified by Ninh Thuan Provincial FPD is the very harsh climate, which can make the forest susceptible to fire.

Since early 2001, the WWF Indochina Programme has supported with monitoring of marine turtle nesting beaches by local communities in Nui Chua National Park.

When is the Best Time to Visit Nui Chua National Park?

According to the experience of visiting Nui Chua National Park, the best time to come here is from August to October every year. This is the time when the weather in Ninh Thuan is not very hot, the air is cool, pleasant, so it will be great for your journey to explore Nui Chua National Park.