Thanh Toan Covered Bridge (Also known as Hue Japanese Covered Bridge) is a Wooden Arch Bridge with a tile roof crossing a ditch in Thanh Thuy Chanh village, Thuy Thanh commune, Huong Thuy town, Thua Thien - Hue province. It is about 8 km southeast of Hue city. This wooden bridge is classified as rare and has the highest artistic value among the ancient bridges in Vietnam. The bridge was recognized by the Ministry of Culture as a National Cultural Monument under Decision No. 575QD / VH of July 14, 1990. 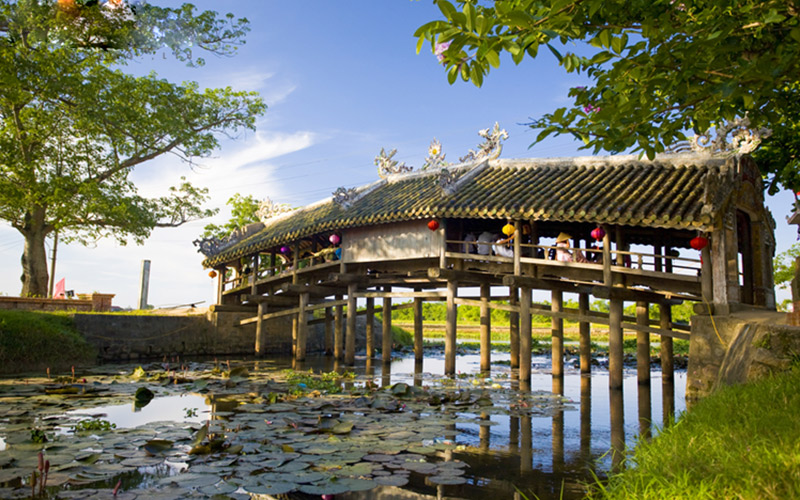 Thanh Toan tile bridge is built according to the "upper house of lower bridge" (above the house, below the bridge). The bridge is 43 meters long (18.75m), 14 meters wide (5.82m), divided into 7 compartments, the two sides of the bridge have two rows of wooden platforms and railings to sit on. On a covered bridge, roofed with tiles. The first bridge, which was built more than two centuries ago, has been devastated by storms, floods and wars. However, after the damage, the commune people repaired, embellished and preserved together. 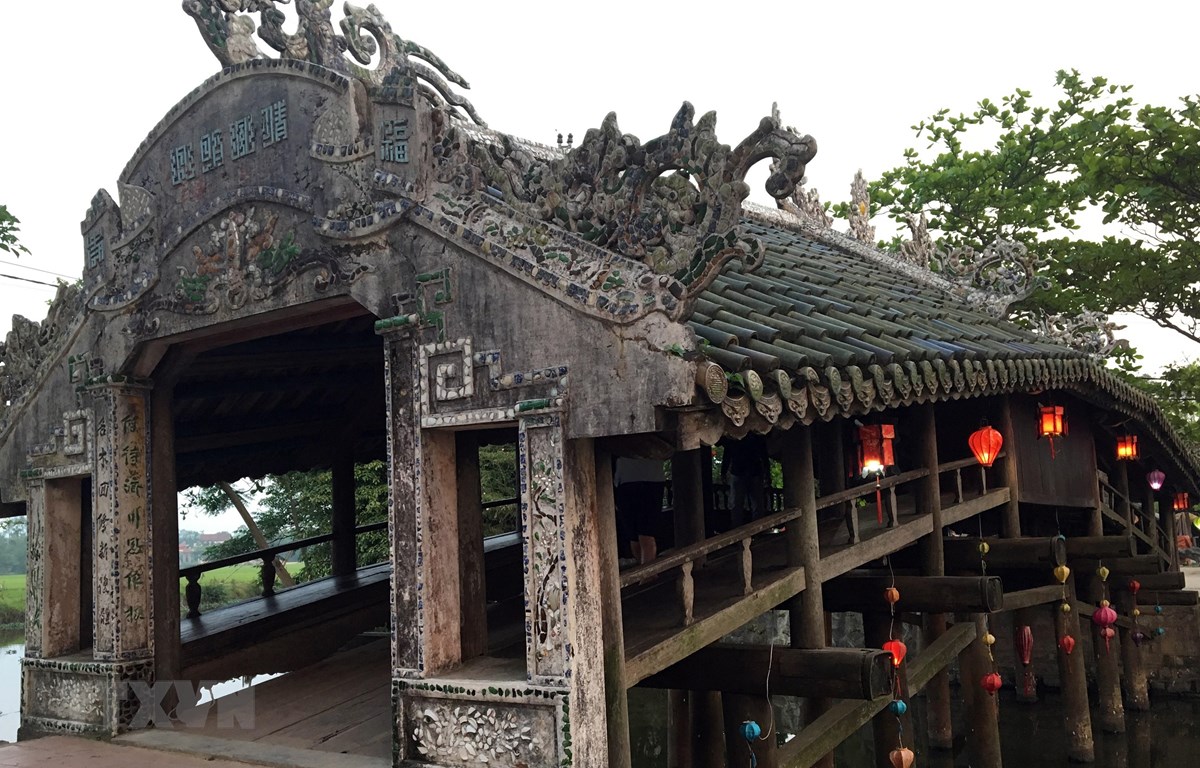 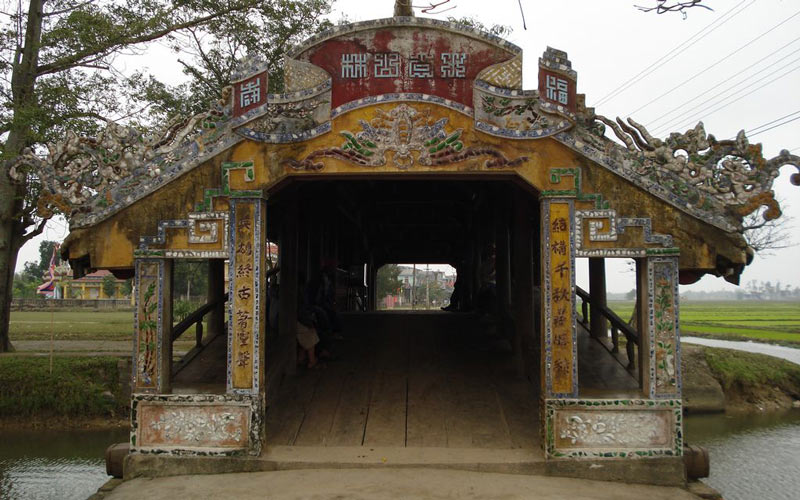 Beside the bridge, since 2015, there has been a Thanh Toan Agricultural Showroom, full display of traditional agricultural and fishing tools and “telling” stories of rural activities, with financial support and coordination. of the International Labor Organization (ILO) and the United Nations Educational and Cultural Commission (UNESCO).

In the 15th century, among the emigrants from the North who followed Vietamese King Le Thanh Tong to conquer Cham Pa Kingdom in the South. On the way returning to the North, there were 12 patriarchs who stopped there to form 12 families of Thanh Toan village.

The bridge was recorded to be built in 1776, by a sixth-generation niece of the Tran family, Mrs. Tran Thi Dao, who donated money to the village to make it convenient for the villagers on the working days and to travel.

Tran Thi Dao was the wife of a high official under King Le Hien Tong but had no children. To pray for herself, she used her money to bless the villagers and the land. She was worshiped and worshiped by the villagers. In 1776, King Le Hien Tong bestowed praise on Tran Thi Dao and exempted the village from many kinds of collections so that they could remember her thanks and follow her good example. In the identity card, there is a passage that reads: "Mrs. Tran Thi Dao, born in Thanh Toan village ... is a person of virtue. Her life makes people admire in all aspects. She is more praiseworthy than anyone. She has made the village endowed with gifts that people will remember forever.

In 1925, Emperor Khai Dinh also ordained her as Duc Bao Trung Hung Linh and ordered the people to set up an altar on the bridge to worship her.

How to get to Thanh Toan Covered Bridge:

Thanh Toan Bridge is only 6km from City center, in beautiful countrisde area and the road to Thanh Toan Bridge is now very easy. You can easily rent a bicycle (or join Countryside Cycling Tour, Countryside Motorbike Tour), motorcycle (self-driving or with driver) to drive here. Rent a Private Car with Driver is also another option for you.