- Saigon War Remnants Museum: This was first named American War Crime Museum from 1975 after the Vietnam War finished. But then the name changed into War Remnant Museum from 1995. This museum with a lot of documents about Vietnam War and nowadays this become the Must-See Place in Ho Chi Minh City.

- Saigon Reunification Palace: was known as Independence Palace during the Vietnam War. This was built on the site of the former Norodom Palace designed by architect Mr Ngo Viet Thu and was the home and workplace of the President of South Vietnam during the Vietnam War. On 8 April 1975, Mr Nguyễn Thanh Trung, a pilot of the Vietnam Air Force and an undetected communist spy, flew an F-5E aircraft from Biên Hòa Air Base (Dong Nai Province) to bomb the palace, but caused no significant damage. At 10:45 on 30 April 1975, a tank of the North Vietnamese Army bulldozed through the main gate, ending the Vietnam War. 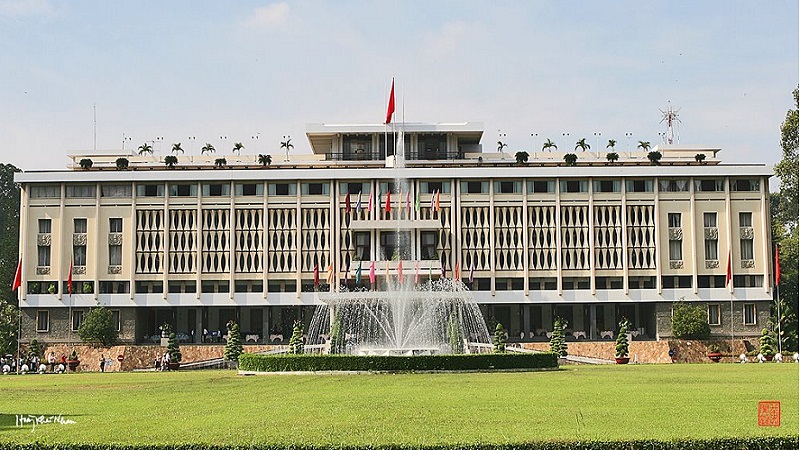 - Saigon Central Post Office: Saigon Central Post Office is one of the typical buildings in Ho Chi Minh City, located at No. 2, Paris Public Garden, District 1. This is a building built by the French in about five years. 1886-1891 with European design by architects Villedieu and assistant Foulhoux. This is a Western-style architecture combined with oriental decoration. 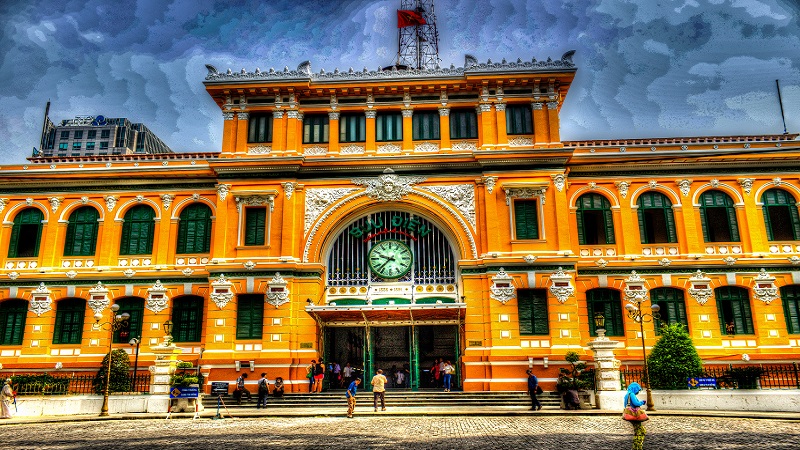 - Saigon Notre dame cathedral: Notre Dame Cathedral (Nhà Thờ Đức Bà Sài Gòn) is now the cathedral of Saigon Archdiocese. Before that, in the first phase of Tay Dang Trong (now Archdiocese of Saigon - Ho Chi Minh City), there was a first church, called Saigon Church on Road No. 5 (now Ngo Duc Ke street, District 1) and then the second Saigon church built on the banks of the Grand Canal. The Grand Canal, formerly known as the Canal Market or Charner Canal, is located right in the middle of Nguyen Hue Street, starting from Bach Dang Wharf, which runs straight to the West Commune, now the People's Committee of HCMC (86 Le Thanh Ton Street) District 1. 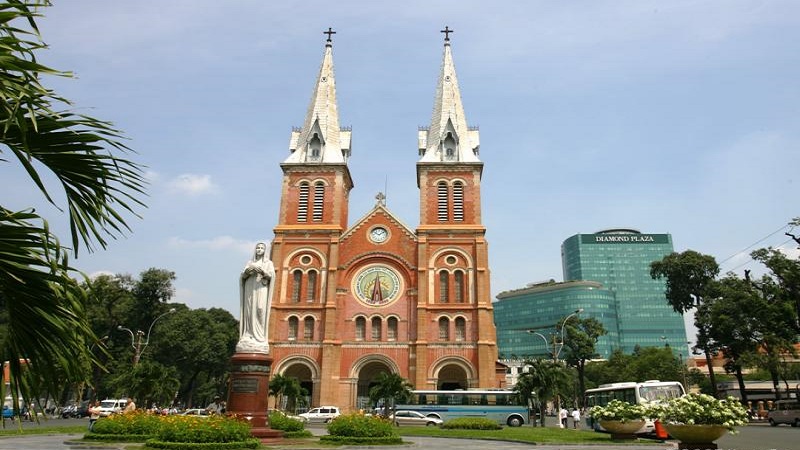 - Cu Chi Tunnels: Cu Chi Tunnels System is an underground defensive system in Cu Chi District, 70 km north-west from Ho Chi Minh City center. This tunnels system was excavated by the Viet Minh and the National Front for the Liberation of South Vietnam during the Indochina War (French War) in 1948 and the Vietnam War (American War to Vietnamese). The tunnels system includes an infirmary, several rooms, a kitchen, a storage room, an office, an underground tunnel system. The tunnel system is about 250 km long and has ventilation systems at the bushes. Cu Chi tunnels are built on land known as "steel land", located at the end of the Ho Chi Minh Trail. During the Tet Offensive of 1968, the National Front for the Liberation of South Vietnam used this tunnel system to attack Saigon.

- Ben Thanh Market is a market located in District 1, Ho Chi Minh City. The market was started constructing from 1912 to the end of March 1914, it was completed. In many cases, the clock image at the south gate of this market is considered an unofficial symbol of Ho Chi Minh City.