Saigon Central Post Office (Vietnamese: Bưu Điện Trung Tâm Sài Gòn) is one of the typical architectural works in Ho Chi Minh City, located at No 2, Công Xã Pari (Public Square of Paris), District 1. This is a building built by the French in about five years (1886–1891) with European style according to the design project of architect Villedieu and his assistant Foulhoux. This is a Western-style architecture combined with Eastern decoration. 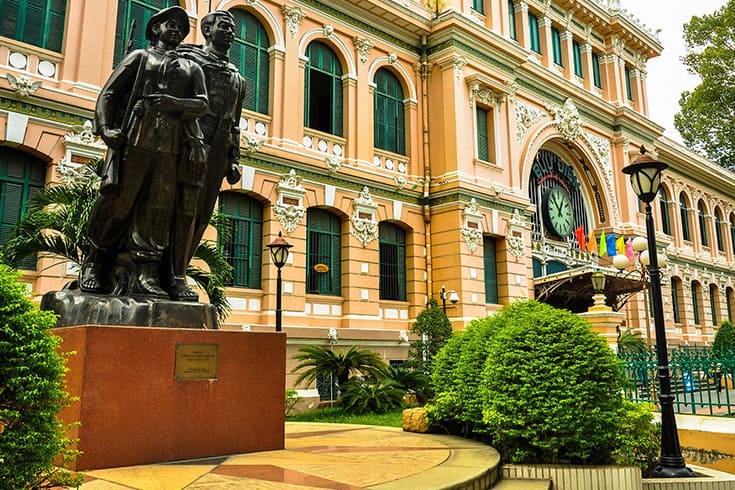 Outside, the front of the building is decorated with rectangular boxes, on which the inventors of the telegraph and electricity industries are listed. On the boxes are covered with images of men and women wearing a laurel wreath, on the arc of the house with a large clock. 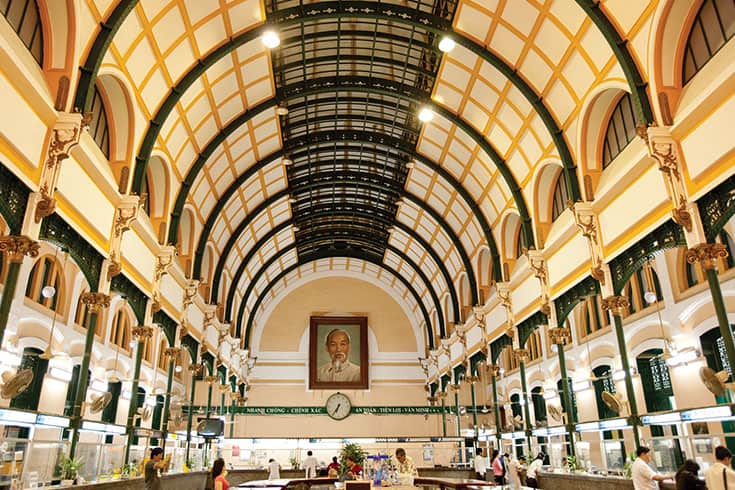 The architecture of Saigon Central Post Office is a combination of Western and Asian styles. When you come to the main entrance, there is a giant clock hanging above the entrance with the years of construction 1886 – 1891. 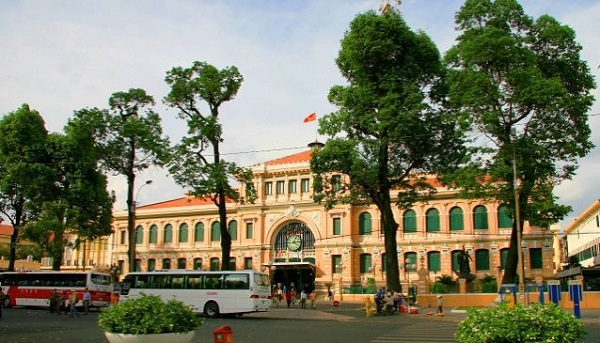 Between the old green windows of construction, there are names of the French inventors who devoted to telegram and electricity: Benjamin Franklin, Alessandro Volta, and Michael Faraday.

When you enter this place, you can see the dome roof covering the whole length of the construction. The pillars supporting the roof are propping up the front dome, and the halls’ domes are supported by rows of pillars on the two sides. 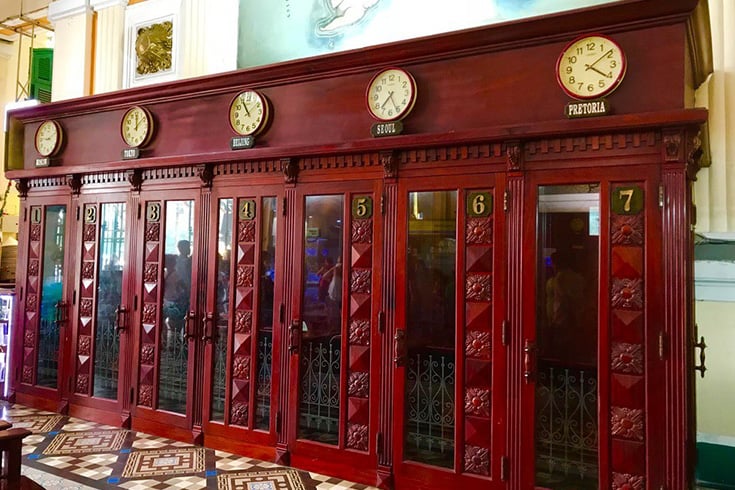 Above booths of the international telephone near the entrance, you can see two very large maps; one shows the telecom system of Cambodia and Vietnam in the year of 1936, and the other map describes Saigon and its surrounding areas in 1892. 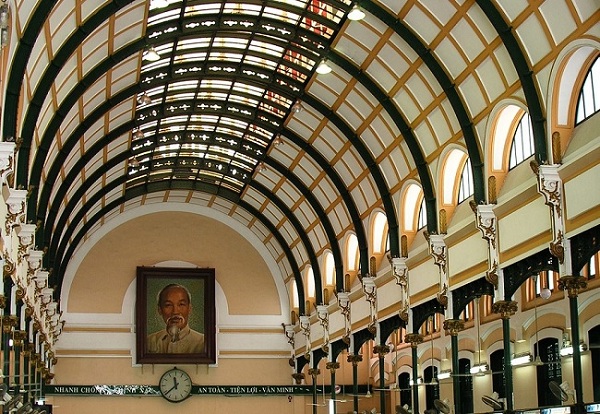 On the left and right wings of construction, there are two staircases leading to the souvenir shops along the halls. At the end of the central hall, there is a portrait of President Ho Chi Minh hanging above. 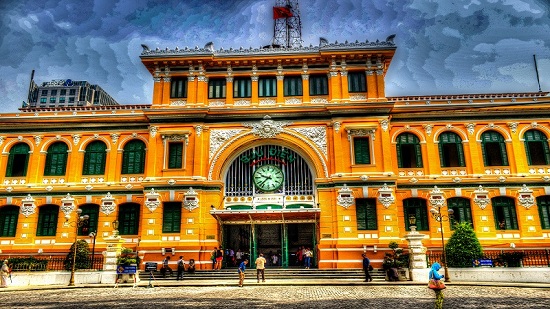