Vietnam Museum of Revolution in Hanoi: All You Need to Know

Vietnam Museum of Revolution (or Vietnam Revolution Museum in abbreviation) is located at No. 216, Tran Quang Khai Street, Hoan Kiem district of Hanoi. This museum is a good place to discover the comprehensive history of Vietnam’s Communist Party. Construction was first built in 1917 by the French colony as Indochina Business Department at that time. 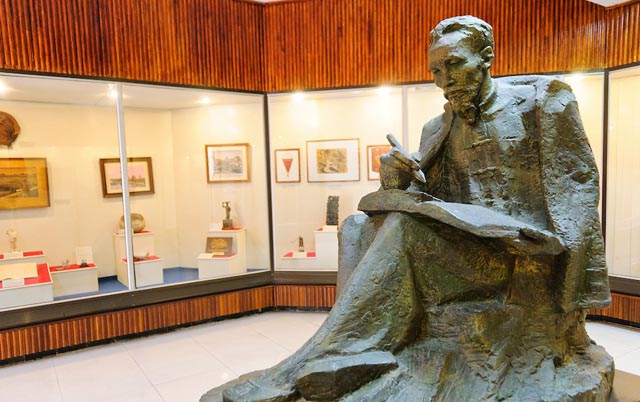 In 1959, the construction was chosen to exhibit over 40,000 objects and histories of conflict and revolution within Vietnam by Vietnamese Gorvernment, from the liberation movements against the French Colonialists to the establishment of the Communist Party and the Socialist Republic of Vietnam, are enthusiastically exhibited here. Vietnam Museum of Revolution was the first museum of the Republic of Vietnam. In the early days, this museum preserved about more than 10,000 objects. But todays, the number of objects has been increased up to over 80,000 including: images, documents and many precious collections that is useful for many social researches and studies. Such huge objects exhibited here are good foundations for the museum managers to continue to organize a large-scale of exhibition on the development process of local Vietnamese people from its pre-modern regime 1958 till now.

The exhibiting system at Vietnam Museum of Revolution includes more than 2,500 objects and picture, which are being displayed in 29 rooms with area of more than 2,000m2 in total. The content of these displays in the museum are divided into three parts:

Besides these three main exhibitions in the museum, there are also two final rooms (Rooms: 28 and 29) to exhibit the collection of gifts from Vietnamese people and on the world dedicating to President Ho Chi Minh and Vietnamese Communist Party. This collection has about 300 original objects.

Vietnam Museum of Revolution in Hanoi: All You Need to Know