Temple of Literature & Imperial College: All You Need to Know

Hanoi Capital City boasts an endless amount of grandeur, history, and magical tales that can enchant any traveler. Entangled with hidden tourist attractions of serenity and peace, this city possesses a treasure with rich historical imprints, which was considered the first country national university – Temple of Literature and Imperial College (Vietnamese: Văn Miếu - Quốc Tử Giám). Visiting this spot, you will recognize there still exists tranquil place in the city center. 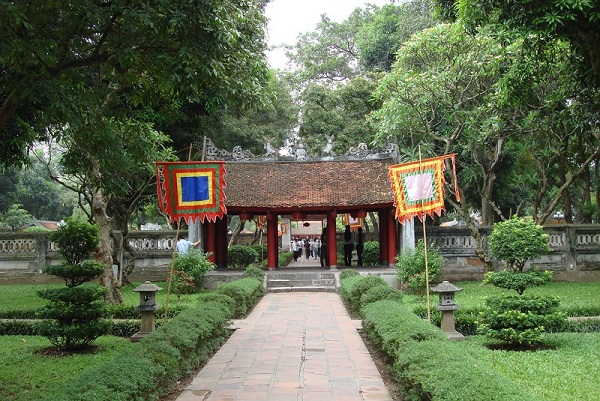 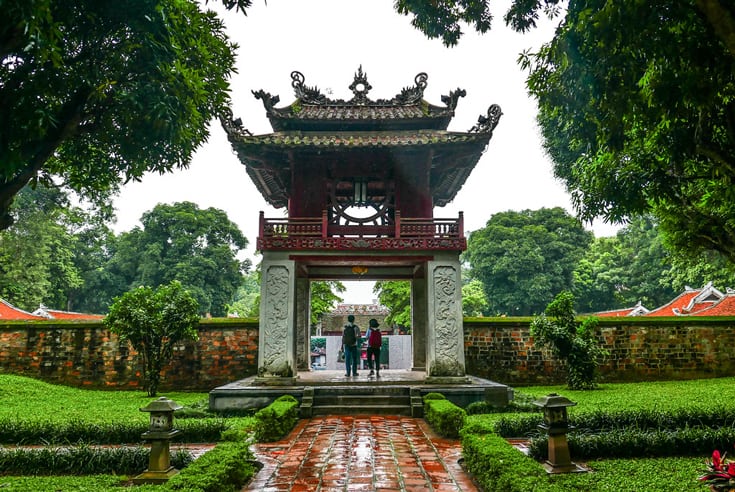 In 1076, King Ly Nhan Tong established the Imperial College as a royal school for only members of royal family and gorvernment officers such as princes, nobles, and bureaucrats.

In the reign of Tran Minh Tong, Teacher Chu Van An was appointed as the official of the Prince in charge of Industry (equivalent to the present Principal), directly teaching the princes. In 1370, when he died, King Tran Nghe Tong established a worship alter for him at Van Mieu next to Confucius.

In the late Lê Dynasty, Confucianism was very popular. In 1484, Le Thanh Tong erected the steles of those who passed the doctorate examinations from 1442 onwards (the policy was set in 1442 but not implemented). Each department, a stele is placed on the back of the turtle. By that year, the Lê Dynasty had organized 12 senior examinations. Le Thanh Tong (1460-1497) held regularly every three years, exactly 12 examinations.

In 1762, King Le Hien Tong amended it as Quoc Tu Giam - a high-class training and educational institution of the court.

During the Nguyen Dynasty (1802-1945), Quoc Tu Giam was established in Hue. In 1802, King Gia Long appointed this place as Hanoi Temple of Literature. The northern governor of Nguyen Van Thanh built Khue Van with the side of square wells. So at the beginning of the Nguyen Dynasty, Van Mieu Thang Long was once changed to just Van Mieu of Bac Thanh town, later changed to Van Mieu in Hanoi. Quoc Tu Giam was changed to the school of Hoai Duc government and later in this area built Khai Thanh temple to worship Confucius' parents.

In early 1947, French colonialists fired cannons to collapse the house, leaving only a foundation with two stone pillars and four stone tablets. Today, the entire Thai Hoc area was built with an area of 1530m² on a total area of 6150m², including the main architectural works of Tien Duong, Hau Duong, Ta Vu, Huu Vu, bell houses, and empty houses modeled after the architecture. tradition on the ancient land of Quoc Tu Giam.

How to Get to Temple of Literature and Imperial College?

Temple of Literature & Imperial College: All You Need to Know