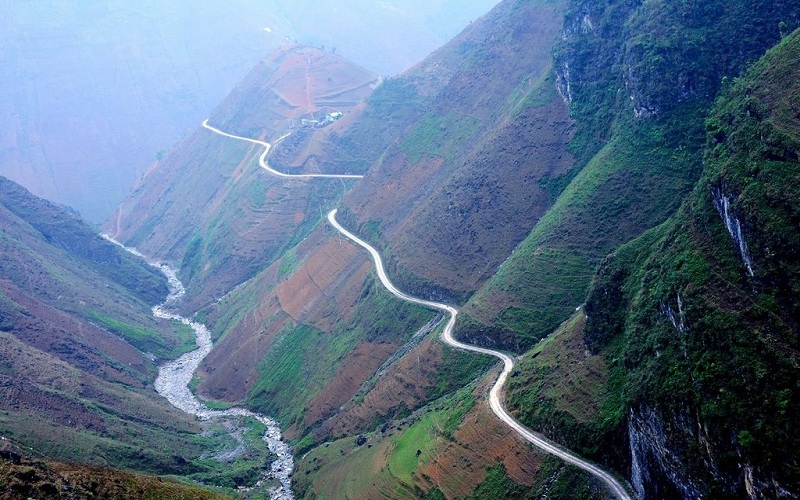 The Dong Van Rock Plateau is located in the northernmost mountainous region of Vietnam, with an area of 2356.8 km² and an average elevation of about 1,400 - 1,600 m. The plateau has many limestone mountains close to the Tropic of Cancer, with relatively large slopes. The valleys, rivers and streams are very much divided. 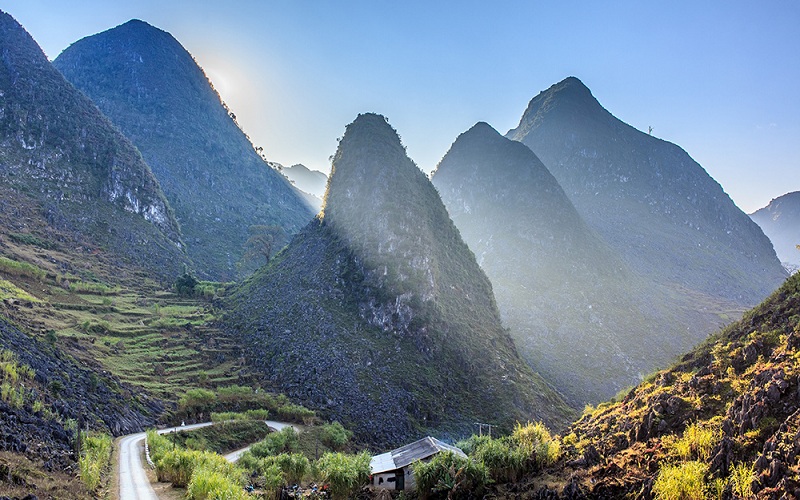 Many fossils of the species were found 400 - 600 million years old. Dong Van Plateau is a rocky area of different ages from the Devonian to Permian period, surrounded by earth mountains. It rains from April to September, but lacks water in the dry season (from October to April). 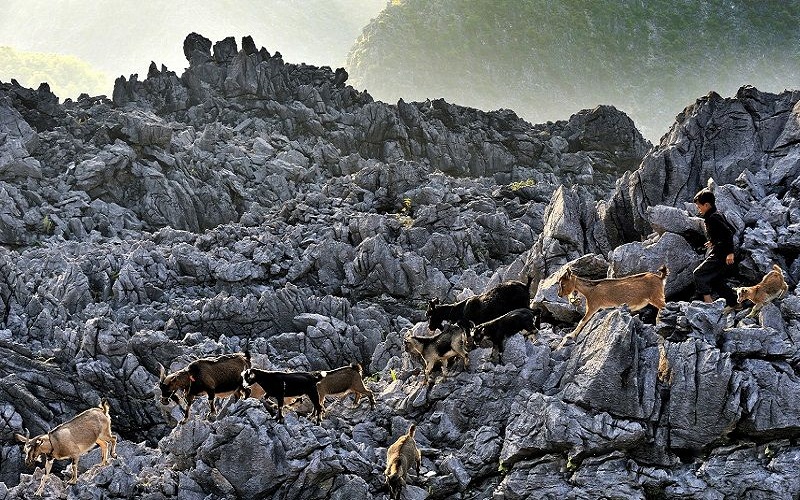 At present, Dong Van Rock Plateau is home to about 250,000 people of 17 different ethnic minorities of Vietnam, in addition to the H'Mong, Dao, Tay, Nung people also have ethnic groups such as La Chi , Pu Péo, Pa token, Lo Lo only living here. Since April 2010, the Dong Van rock plateau profile has been submitted to UNESCO as a global geological park. This is also the first global geological park of Vietnam. Dong Van Rock Plateau is one of the special limestone areas, containing typical marks on the development history of the earth's crust, natural phenomena, unique landscapes in terms of aesthetics and biodiversity. high and long-standing cultural traditions of the indigenous community.

How to Get To Dong Van Rock Plateau in Ha Giang Vietnam?

Other cheaper option is to take an overnight bus from Hanoi to Ha Giang, then rent a motorbike or private car from Ha Giang to travel to Dong Van Rock Plateau. We can recommend as below:

From Hanoi, you should take the Hanoi - Ha Giang night bus from My Dinh bus station at 9pm and arrive 5am to Ha Giang (Some reputable bus companies are: Hai Van, Bang Phan, Cau Be , ...). Vehicles will move directly from Hanoi to the city of Ha Giang.

Normally tourists traveling Ha Giang often choose to take the bus to Ha Giang from the previous night, overnight in the bus, until about 5am the next morning arrival to Ha Giang City.

You can also hire a bus to go from Hanoi to Dong Van straight (lunch break in Ha Giang City) but that will miss many beautiful landscapes of Ha Giang along the way.