Tiger Elephant Arena (Vietnamese: Hổ Quyền) is a relic in the ancient ruins of Hue, located in Truong Da hamlet, Thuy Bieu ward, Hue city. This place was a tiger breeding case and a unique arena that can not be found anywhere in the world. During the Nguyen Dynasty, this was the arena of the death war between elephants and tigers in order to sacrifice to the festival and serve the entertainment of the king, mandarins and people. 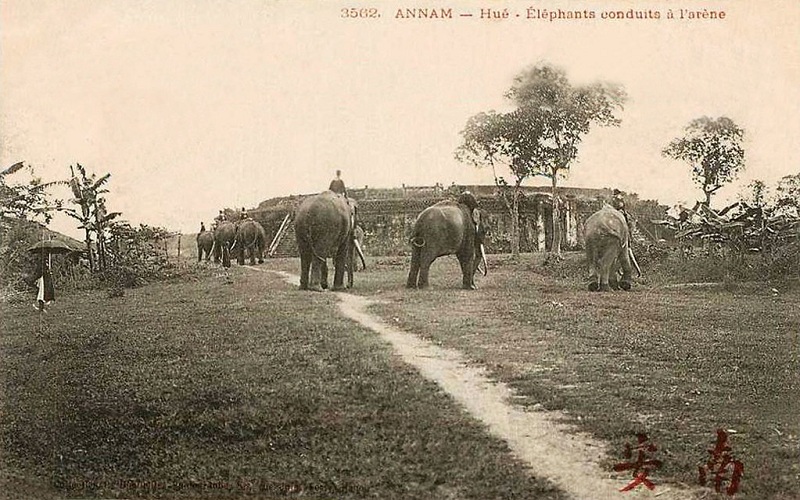 Before Tiger Elephant Arena was built, the earliest battles between elephants and tigers were recorded in the Nguyen Dynasty and held on Da Vien Island on the Perfume River. In 1750, Lord Nguyen Phuc Khoat accompanied the courtiers on 12 boats to Da Vien island to watch an "unprecedented" fight between elephants and tigers. This was probably the most horrific and bloodiest battle in history because from the beginning to the end, 40 elephants slaughtered 18 tigers released for scapegoat on the festival.

During the Nguyen Dynasty, when there was no separate arena to ensure safety, battles between elephants and tigers were still organized and considered as great festivals of the court and the people. During that period, there were incidents like during the reign of Gia Long, during a match held in front of the City, a tiger jumped and slapped the elephant keeper to the ground and he was stomped by the elephant to die. 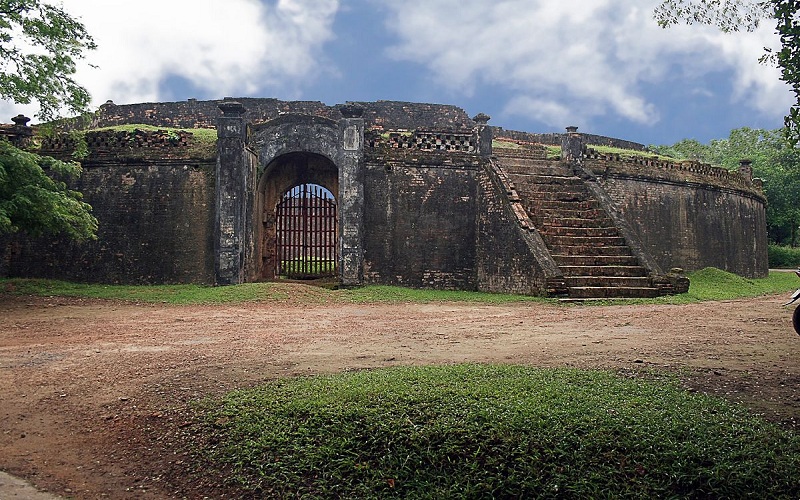 During the reign of Minh Mang, on the feast of Tu Tuan Dai Khanh (1829 – 40th Birthday Celebration), the king sat a dragon boat watching a battle between elephants and tigers on the North bank of Huong River. During the fight, the tiger burst out and swam towards the dragon boat. King Minh Mang promptly used a pole to repel the tiger and thus, the new army could row the boat to kill the tiger in the river to save the king in time.

Due to these incidents, in the 11 th year of Minh Mang (1830), the king chose the land in Truong Da hamlet, Nguyet Bieu village, located west of the Citadel to build a solid arena to organize the battles. 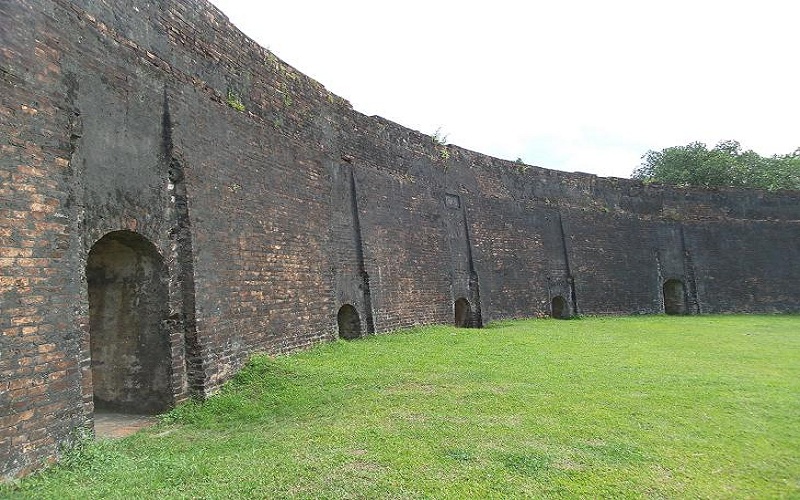 Tiger Elephant Arena is an open-air arena shaped like a donut. The inner ring is 5.80m high; outer ring 4.75m. Outer wall inclined to create a stand; perimeter of outer wall is 140m, diameter of basin is 44m. The King's bleachers sat facing south-east of the arena, built higher than the surrounding positions. To the left of the stands is the ascending hierarchy of 24 levels for kings and deities. On the right side of the stage is another similar hierarchy built for officials, soldiers, and soldiers. The inside surface is higher than the outside surface, the average thickness is 4.50m. Opposite the auditorium with five tiger cages, the arena was a circular lawn. 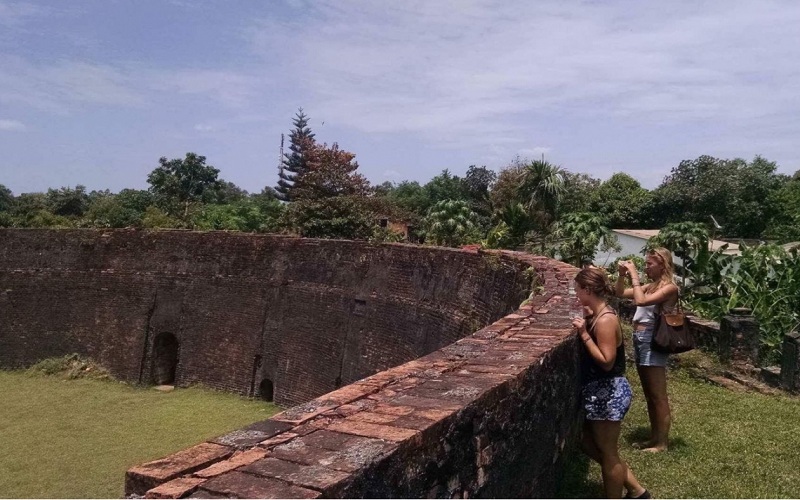 In addition to the city, there is an 8-yard-7-foot-high door, 4-foot-5-inch-wide doors with two wooden doors whose sole is made of slate. On the door is the word "Tiger", elephants are brought into the yard by this door. . The outer wall is separated by a drainage system with a tiger-shaped pattern, there are two paths leading to the stands with stone steps, one for the king and the country for the god, and one for for officials and soldiers.

The organization of the duel between elephants and tigers initially aimed at training the fighting spirit for elephants, later as a form of entertainment. On the day of competition, people and officials around the area put incense, gifts on the way the king passed. The arena is decorated with staff, flags and parasols. There was a team of soldiers in red shirts with painted hats, with dignified respectable weapons standing on both sides of the road from the arena to the river.

Right at Mid-day, the king on dragon boat from Nghenh Luong Dinh, along the Perfume River to the Long Tho dock. The king went up to the palanquin to cover four parasols and four golden butts, preceded by Ngu Lam Quan, Thi Ve holding the flag of Tam Tai, the flag of Five Elements, the flag of the Twelve Eight Legs and the sword drawn from the ceiling; next is the royal music team.