Hoi An Ancient Town is located in Quang Nam Province, 30km South from Da Nang city. This beautiful old city was the land of Cham Pa Kingdom before 15th century. 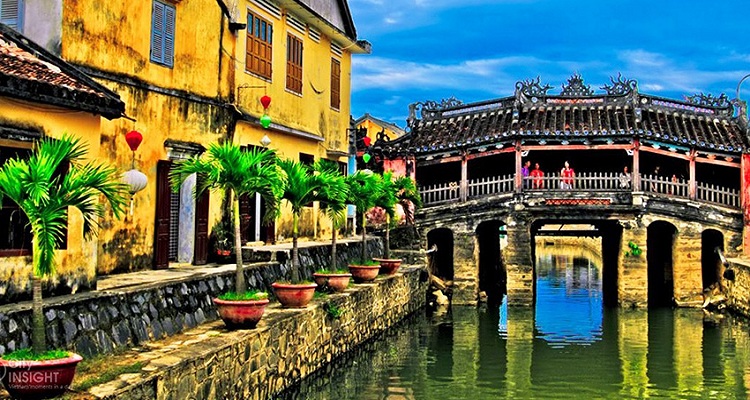 From 2nd century, Cham People inhabited along the Central Coast of present Vietnam. They were famous in trading spices and ceramic with Meditaranian People and Himdusim was introduced to Cham People from that time. From the 4th century, Hidusim became the national religion of Cham Pa Kingdom and the Champa Kings started to build My Son Sanctuary to be Cham Tower Complex to worship Gods of Hindusim – Shiva, Vishnu, Brama,… Hoi An became a port for Cham People to transport building materials to My Son Holy land for constructions.

Until 16th century, Hoi An started to become well-known port for trading in Southeast Asia under Vietnamese Nguyen Lords with a lot of Chinese, Japanese, European people to come. Hoi An then developed very quickly until 19th century when Nguyen Kings decided to close down this port city. The result was that Hoi An remained almost untouched by the changes to Vietnam over the next 200 years. Today, the town is a tourist attraction because of its history, traditional architecture and crafts such as textiles and ceramics. Many bars, hotels, and resorts have been constructed both in Hoi An and the surrounding area. The port mouth and boats are still used for both fishing and tourism. In 2003, Hoi An was recognized by UNESCO to be World Cultural Heritage Site in Vietnam.

Best Things to Do in Hoi An

Best Restaurants in Hoi An

Best Hotels in Hoi An