St. Joseph’s Cathedral in Hanoi Vietnam: All You Need to Know

St Joseph’s Cathedral Hanoi, called by the locals “The Big Church”, is one of the first structures built by French colonists during their expansion in Indochina and still intact in Hanoi after two wars in Vietnam. 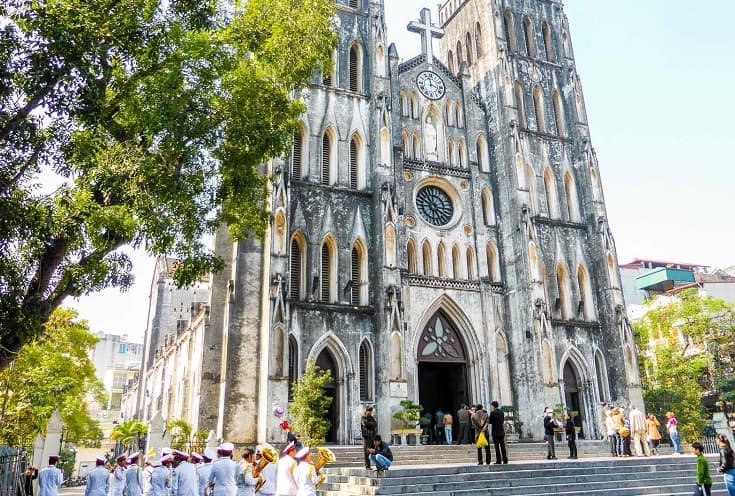 Despite of fierce fights destroyed almost everything of Hanoi, St Joseph’s Cathedral is still remained in a good condition. Today, this construction becomes a historical attraction which remains the image of the beauty of Ancient Hanoi and makes an impression on visitors by its ancient beauty in the center of bustling capital.

Location: No 40 Nha Chung street, Hang Trong ward, Hoan Kiem district, Hanoi
Opening hours:  All time for visiting outside of Cathedral
For visiting inside of Construction: Tourists can only visit inside during ceremonial practice as the mass schedule below
Weekday Schedule: 5:30 am and 6:15 pm
Saturday Schedule: 6:00 pm
Sunday Schedule: 5:00 am, 7:00 am, 9:00 am, 11:00 am, 4:00 pm, 6:00 pm and 8:00 pm
A special ceremony is organized on 19th March every year.
Dress code: Wear formal clothes inside; and casual clothes for comfort if you jusst visit the outside only
Entrance fee: Free of charge

The History of St Joseph’s Cathedral:

St Joseph’s Cathedral Hanoi was built on the site of the Bao Thien Pagoda near Hoan Kiem Lake. Bao Thien Pagoda was the biggest and most sacred pagoda, which was the center of Buddhism in the history of Vietnam during the Ly & Tran Dynasty (1010 – 1400). 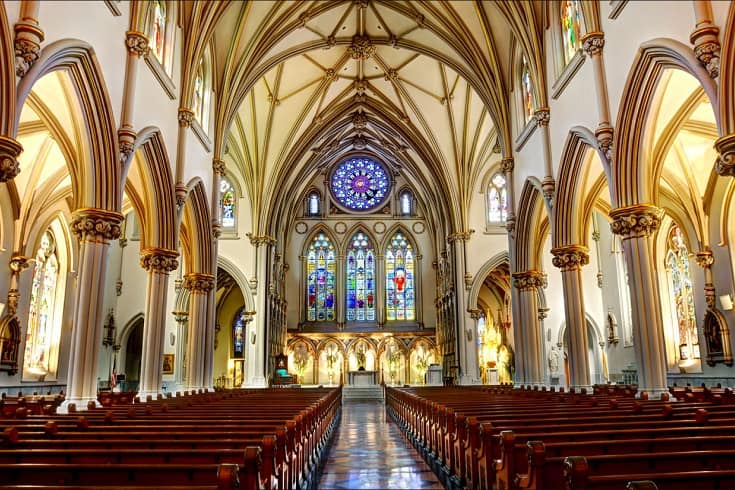 During the Le & Nguyen Dynasty, although Buddhism was not as previlege as the previous dynasties, but it was still the place for Buddhist rituals praying for peace and prosperity of the country. At the end of the Nguyen Dynasty (1802-1945), some parts of St Joseph’s Cathedral were destroyed to become a market and after the French Colonist occupied to Hanoi, they demolished completely Bao Thien pagoda to build a church. 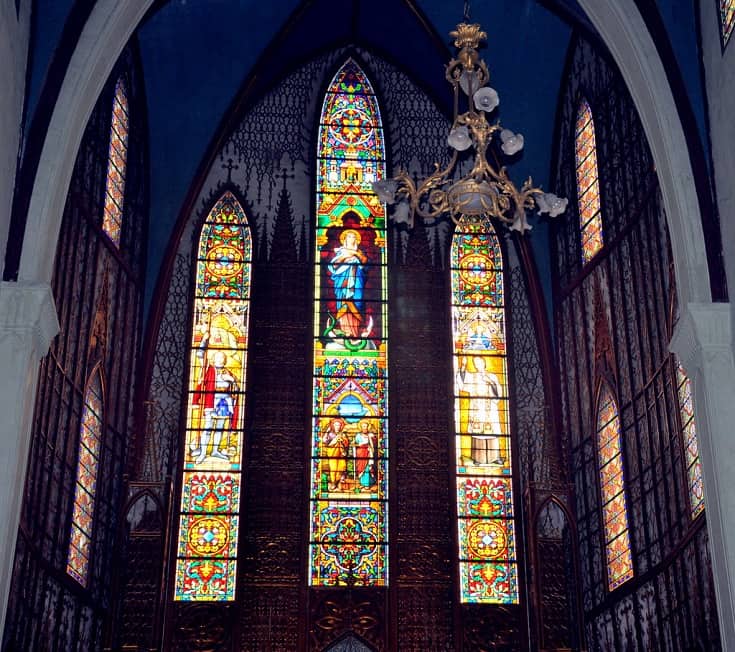 During the French Colonial time, the Catholic was propagated widely and this Cathedral became the center for Catholic Community in North Vietnam. There were many daily, weekly ceremonies organizing in the church during that time.

How to Get to St. Joseph’s Cathedral in Hanoi?

St Joseph’s Cathedral is located in the center of Hanoi, at the intersection of Nha Chung Street, Ly Quoc Su streets. So it is very easy to get there by bus, by motorbike or on foot.

If you like to go by bus, there are some local buses going across there such as Local Bus No 9, No 14, No 34, No33, and so on. The cathedral is very close to Hoan Kiem Lake, only about less than 10 minutes’ walking from the statue of King Ly Thai To or over 5 minutes from Ngoc Son Temple in the Lake.

St. Joseph’s Cathedral in Hanoi Vietnam: All You Need to Know