B52 Victory Museum Hanoi Vietnam: Things You Need to Know

The B-52 Victory Museum is located at 157 Doi Can Street, Ba Dinh district, Hanoi. This is the great pride of Hanoian and Vietnamese people in the fight agains US Army during the Vietnam War. When visitting to Hanoi, you should not miss this interesting historic museum to learn more about Vietnamese military history and victory. 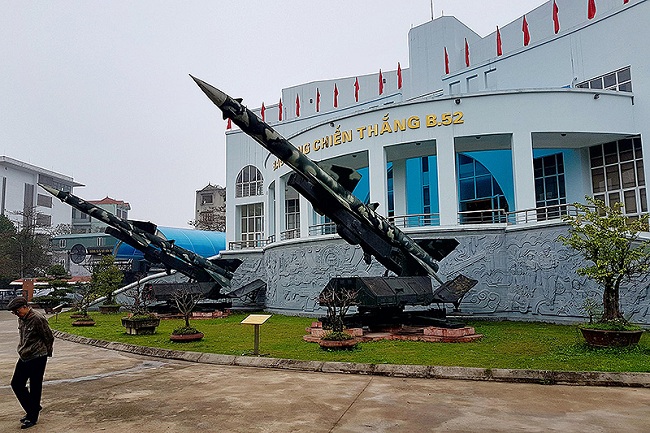 The B-52 Victory Museum’s construction was inaugurated on January 10, 1986 and has been upgraded and completed in December 2012 on the occasion of 40 victory anniversary of the “Hanoi – Dien Bien Phu in the air”. During the 12 days and nights (from 18th to 30 Dec) of the 1972 Campaign “Hanoi-Dien Bien Phu in the Air”, the Vietnamese Air Defense Force in Hanoi had shot down 81 US Aircrafts, including 34 of B52, forced the US Armany to sit down at the conference to sign the Paris Agreement in 1973 and left Vietnam. 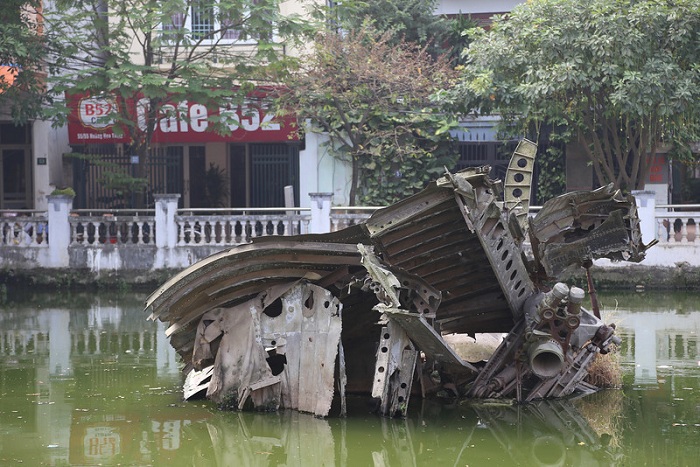 Today, after many years since the war finished, most of artifacts of that operation are exhibiting in the B-52 Victory Museum in Hanoi such as: weapons, images, documents, wreckage and many other artifacts that praise the cunning and creative mind of Hanoi’s troops and people.

Area for the display in the B-52 Victory Museum is 1500m2. This is a regional referral building, maturity of the capital city, Vietnamese armed forces over the period, including 12 days and nights with special emphasis on nights fighting fiercely with the air victories of the Union “Red Star” capital. The statistics table, especially pictures of many ruins of Hanoi after the US Bombing raids to places has come into history: Kham Thien street, Bach Mai Hospital, Hanoi train station …

There is also a room display Marquette general interests of the evolutions of Dien Bien Phu’s air battle. This room is approximately 200m2, represented by three-dimensional space, recreate the neighborhood terrain, the battlefield air defense and fall of the US B52 aircraft. This is the most impressive historical moments of Hanoi.

On the outdoor exhibition, the most prominent artifact is the evidence of the disastrous US: An Airplane B52 of 48,07m wreck, wingspan of 56.42 m and also many aircraft debris. You can take a few minutes walk to the Huu Tiep lake nearby and see the exact point where such giant B52 shot down at night of 27th Dec 1972. This lake is also the only one place in Hanoi, that still preserves a part of the B52 remnants until now. Local People often call this “B-52 lake”.

B52 Victory Museum Hanoi Vietnam: Things You Need to Know