Vietnam Air Defense - Air Force Museum is located at 177 Truong Chinh Street, Phuong Mai Ward, Thanh Xuan District, Hanoi. This is not only a place for educating local with patriotic and revolutionary traditions but also an attractive tourist destination, drawing a large number of domestic and foreign visitors. 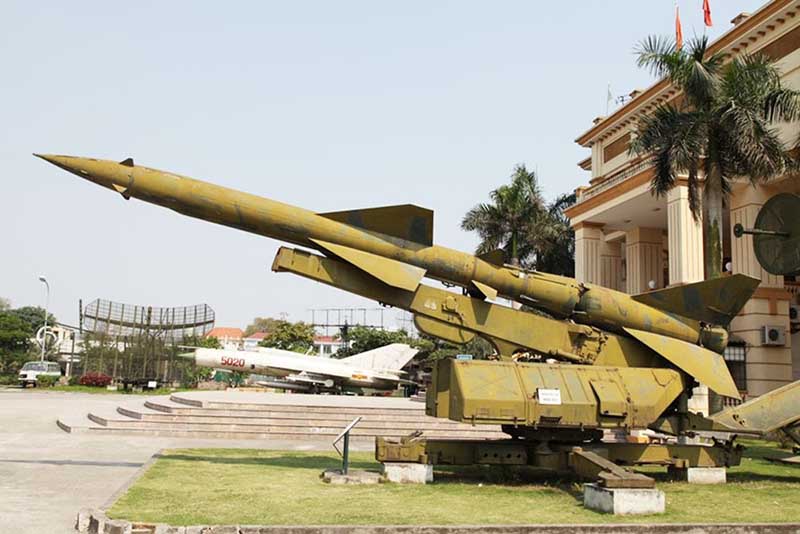 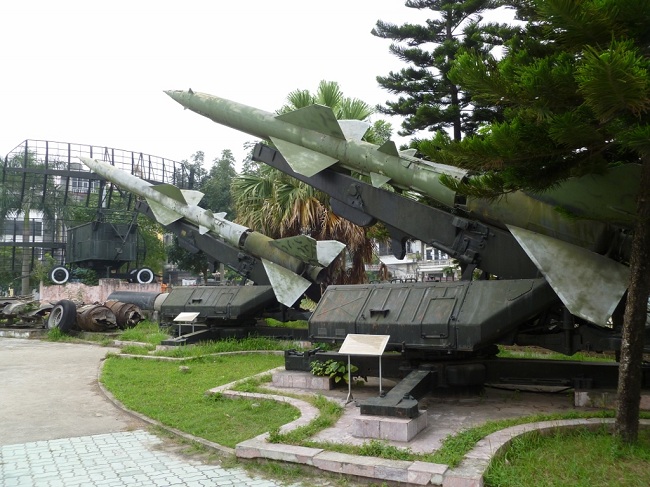 The outdoor exhibition of museum displays 73 noteable artifacts systematically, including unique weapons of Vietnamese air defense and air force like: anti-aircraft gun, radar, aircraft and missile. Some of the exhibited weapons in the museum tell a glorious war history like: the 37mm anti-aircraft To Vinh Dien's gun battery used in the Dien Bien Phu campaign 1954; the 90mm anti-aircraft made bu USA used in the first air combat victory on the 5th August 1964; the producing electromagnetic waves air traffic control radar, used during the 12 days and nights of “Dien Bien Phu On Air Campaign” against US bombings in 1972 to detect signals of B-52s, helping to idinetify the bombers half an hour ahead of its arrival; a launching pad where missiles were fired to down the first B-52s in " Dien Bien Phu-in-the-air" campaign in Hanoi in December, 1972; a MiG-21 aircraft which was used to shoot down US bomber B-52s at night on December 27, 1972. 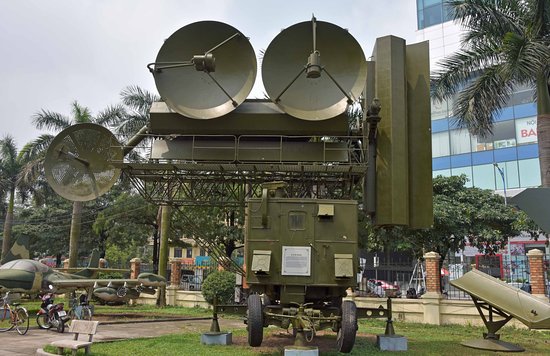 In addition, there are some other artifacts exhibiting here, such as the fighters MiG-17, MiG-19, MiG-21, transport helicopter, helicopter submarine hunter, fighter aircraft of US army and Saigon Gorvernment's military including an A-37 Quyet Thang (Victory) squadron used to bomb the Tan Son Nhat Airport, contributing to the glorious victory of Ho Chi Minh campaign and some weapons and vehicles used by the South Vietnam and US during the Vietnam War.

The indoor exhibition or the main construction is designed with solemn dome representing a symbol of Vietnamese peaceful sky. In order to effectively defend the homeland's airspace, over the past 50 years, the Vietnamese air defense and air force  has fought, won and continuously developed. In the middle of the construction is the statue of Uncle Ho. This chamber also introduces some pictures of the glorious achievements that the Vietnamese air defense and air force has obtained in more than 50 years of the force history.

Next is the displays showing typical historical events and important milestones of Vietnam Air Defense and Air Force. More than 3,000 artifacts displayed here according to 6 themes reflecting the true and heroic history, the outstanding achievements of Vietnamese air defense and air force  over the past 50 years as well as in the current time.

Each of artifacts displayed in the construction is associated with the excellent achievements of Vietnamese air defense and air force during the wars against the French and the US Army. The myth of how the Vietnamese army had won the victory defeating the much better equipped army of the countries that had the utmost science and technology at the time.