The newest carrier airline company in Vietnam (Vietravel Airlines) has delayed it’s plan to launch the first flight due to Covid-19 Pandemic. The Airline Company was given principle approval from Vietnam Prime Minister Nguyen Xuan Phuc to start operations in October 2020, but it’s plans have been put on hold. 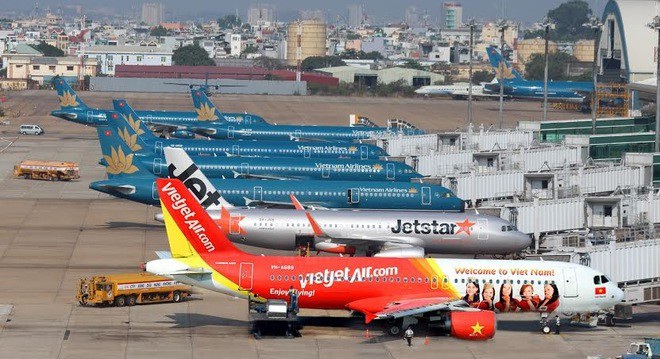 Founded by one of the Vietnam’s biggest tour operators Vietravel, Vietravel Airline is scheduled to start it’s commercial operations in the third quarter of this year 2020 with a fleet of three airplanes, which could be raised to eight by 2025.
The airline plans is to provide charter flights for its own tourists and general passengers, targeting the one million tourists Vietravel serves annually. It will be headquartered in Phu Bai International Airport of Thua Thien-Hue province.
Up to now, the company had yet to set up a specific date for the airline to take off, a company representative said.
Currently, Vietnam has five operational airlines companies. They are national flag carrier Vietnam Airlines, budget carrier Jetstar Pacific Airlines (with a majority owned by Vietnam Airlines), Vietjet Air, Vietnam Air Services (VASCO) and Bamboo Airways. Two others - Kite Air and Vietstar Air are waiting for operational authorisation.
Vietnamese airlines are among many others around the world suffering heavy losses caused by COVID-19. According to the estimations of Vietnamese airlines, the transport ministry said that the initial damage due to stopping flights is about VND30 trillion (US$1.3 billion).
The Civil Aviation Administration of Vietnam has recently issued two scenarios. The first one is that if the disease is controlled before April, the total number of passengers reaches 67 million, down 15% compared to 2019.
The second one, in case the market worsens, and the pandemic is controlled in the second quarter, the total market reaches 61.2 million passengers, down 22.6% year-on-year.
Source VNA
Vietravel Airlines Delays Plan for the First Flights due to Covid-19