“If the disease is well controlled in the country, many Vietnamese people want to return home. Among them, many people may have been infected. If not well controlled, it will overload isolation facilities and treatment capacity ”, Deputy Prime Minister Vu Duc Dam, Head of the National Steering Committee for Prevention of Acute Respiratory Diseases reported on the morning of March 23. 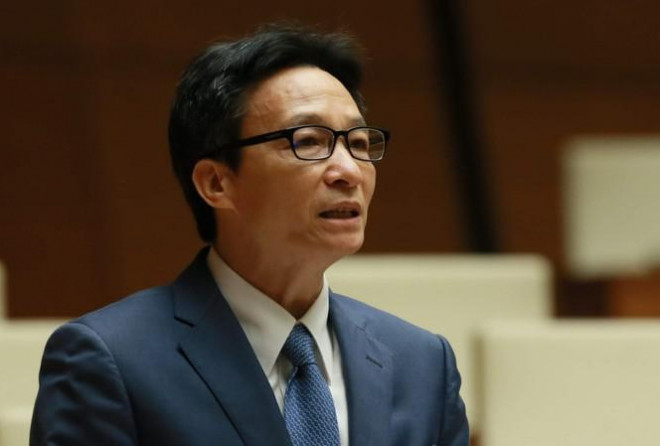 Deputy Prime Minister Vu Duc Dam said that so far, the world has recorded nearly 380,000 cases of Covid-19 and over 16,000 deaths in 180 countries and territories. Experts say the reason for the rapid spread and high mortality in some places is that it was not controlled from the outset, until more people became ill.

Vietnam recorded the first case of Covid-19 on January 23, 2020, then continued to record an additional 15 cases, mainly from abroad, through Wuhan, China. These 16 cases were then completely cured. After 22 days of not reporting a new case, on 6 Mar 2020 Vietnam detected the first case of infection from Europe, began to enter a new stage. Up to date, 123 people have been infected. It is predicted that several Dozen Covid-19 cases will occur every day.

Regarding preventive measures, the Deputy Prime Minister said, based on the epidemic situation, we have implemented measures to control people on entry. However, entering phase 2, early detection is much more difficult and must use a combination of measures, mechanisms and technologies to track and identify the location of patients who have been exposed for isolation and testing.

We are currently implementing 4 isolation cycles and forms of concentrated isolation, isolation at health facilities, at work, accommodation and at home. The army is responsible for centralized isolation (currently the quarantine facilities of the managed army are capable of receiving isolation of about 60,000 people and are under review).

According to Mr. Vu Duc Dam, in the early stage, it is considered to be a success, while many projections suggest that Vietnam will have thousands of infections and death rates similar to those of China. Vietnam's experience has been recognized and recommended by WHO for other countries.

Entering phase 2 (when the epidemic begins to spread to Europe with a focus on the Italian region of Lombardy), experts also forecast that although Vietnam has previous experience, there will still be thousands. sick people.

Since the outbreak in Europe, the United States has hundreds of flights and tens of thousands of people have entered from countries and regions. These immigrants have traveled through many localities, interacting with hundreds of thousands of Vietnamese people, so every time a case is detected, it is very difficult to track those who are at risk of infection. fig.

The Head of the Steering Committee emphasized that there are still many difficulties and challenges in the front that require anti-epidemic work to be carried out synchronously and drastically and to have solutions suitable to disease reality. threatens to spread in the community.

Since March 20, when the Government and the Prime Minister have gradually implemented basic control of visas, isolation rules for people from entry from all countries, the control of invasive diseases from outside is less difficult. However, over 350,000 people have entered Vietnam (nearly 100,000 from the United States and Europe). On the other hand, there will still be a significant number of immigrants for diplomatic, official duty and service requests from Vietnam. This fact needs to have proper form and regulations to ensure non-contagious.

Notably, because the disease has penetrated inside, the detection and isolation of suspected cases is still very difficult, especially in cases where it is impossible to trace the source of direct transmission.

“Although we have proactively propagandized so that Vietnamese people can minimize their return to the country, if there is good control of the epidemic in the country, many Vietnamese people want to return home. Among them, many people may have been infected. If not well controlled, it will overload the isolation facilities and the treatment capacity, ”Mr. Dam said.