Thai Hoa (Supreme Harmony) Palace in Hue Will Be Restored

On January 23rd, Mr. Vo Le Nhat - Director of the Center for Conservation of Ancient Monuments of Hue, said the Center recently held a conference, listening to the culturers's opinion about the plan to restore Thai Hoa Palace. located in Hue Citadel. "The plan of restoration has been approved by Vietnam Ministry of Culture, Sports and Tourism and we will deploy it in the near future", Mr. Nhat said and that the restoration of Thai Hoa Palace will maintain its original status of the work. 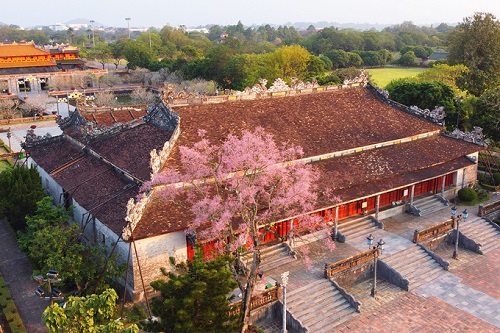 Through wars and natural disasters, Thai Hoa Palace has been seriously degraded. Some wooden structures of the work are rotten, not safe. Typhoon Noul (typhoon No. 5) in 2020 damaged a part of the tiled roof of the building, which is now temporarily shielded with canvas. 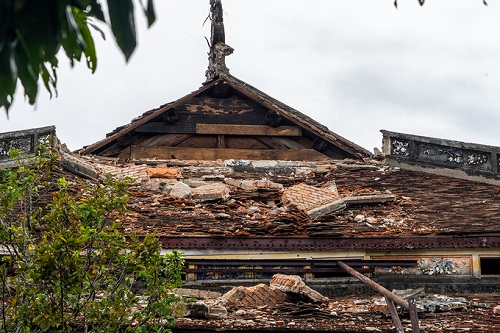 Researcher Nguyen Xuan Hoa, former Director of the Department of Culture and Sports of Thua Thien Hue province, said that decorative objects in the Thai Hoa palace are very valuable, so it is necessary to avoid the risk of theft when renovating the project. "The center needs to determine the method of preserving artifacts carefullyduring the demolition process, plan to protect, restore and repair damaged poems and motifs", Mr. Hoa said.

Along with the restoration of Thai Hoa Palace, Hue Monuments Conservation Center is also restoring Kien Trung Palace built from the reign of King Khai Dinh with a total cost of 123 billion VND. This work is located in the Hue Royal Palace, was the living place of the king. By the time of Bao Dai, the king repaired the palace according to Western architecture, becoming the residence of King and Queen Nam Phuong. During the war, Kien Trung Palace was destroyed, leaving only the electric base and railing. 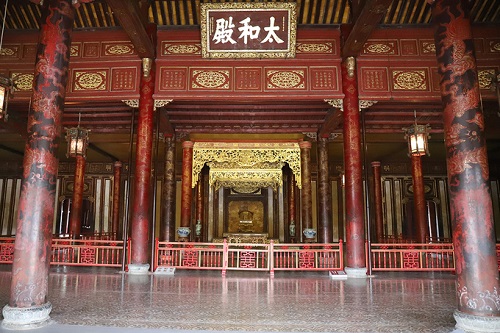 Thai Hoa Palace is located in the Hue Citadel, built in 1805 under the reign of King Gia Long, is a symbol of power of the Nguyen Dynasty, used for important court ceremonies such as the coronation ceremony, king's birthday, official envoys and dynasties.

See also: Best Things to do in Hue Vietnam >>>

Thai Hoa (Supreme Harmony) Palace in Hue Will Be Restored