Vietnamese Traditional Food is top World well known to be both healthy and flavorful, thanks its generous combination of fresh herbs and greens, paired with rice, noodles, meat and seafood. While many cities like Hanoi and Ho Chi Minh City offer plenty of fine-dining restaurants and five-star hotel's restaurants decked out in extravagant settings, some of the best authentic Vietnamese Foods are actually found on Street Restaurants, vibrant street markets.

A typical Vietnamese Meal usually includes rice or noodles, a meat or seafood dish, a vegetable dish, soup and nuoc mam - fish sauce for dipping. Here’s a helpful Vietnam Food Guide on what to eat in Vietnam, most of them can be enjoyed just about any time of the day. While most are familiar with pho or spring rolls, there’s a wide range of Vietnamese Dishes only available to eat in certain regions so be sure to try them when you are in the region. Here is our List of 10 Best Vietnamese Street Dishes to Order in Vietnam: 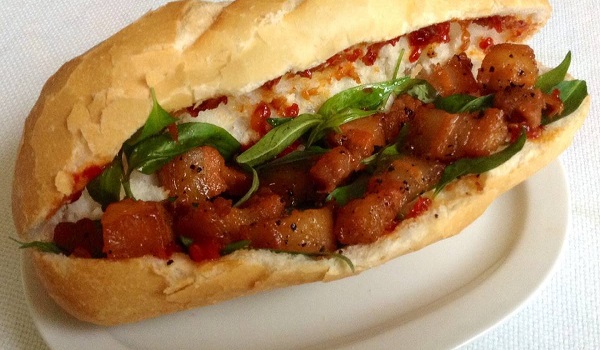 2. Vietnamese Pho (Rice Noodle Soup): Pho is Top World Famous Vietnamese Dish, it comprises of rice noodles in a flavorful soup with meat and various greens, plus a side of nuoc cham (fish or soya sauce) or chilli sauce. A basic bowl contains Chicken, Beef,… topped up with bean sprouts, lime wedges, and fresh herbs like basil, mint, cilantro, and onions. This dish is typically eaten for breakfast, pho is priced between VND 20,000 and VND 30,000 at a local restaurant or street market in Vietnam. 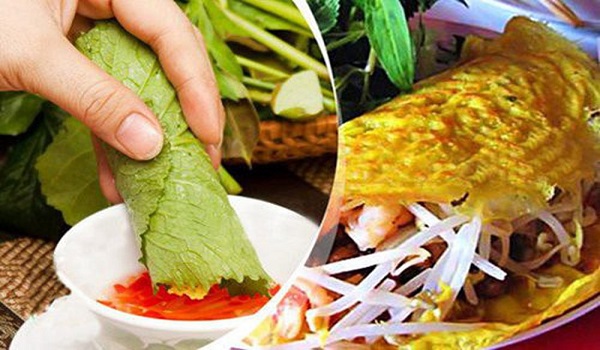 4. Goi Cuon (Vietnamese fresh spring rolls): Fresh Springrolls consist of thin and fresh rice paper wrapped with pork, shrimp, basil, and lettuce. Goi Cuon is usually dipped into ground chilly and a hoisin-based dipping sauce topped with crushed peanuts. This popular snack is also a healthier alternative to cha gio, which is a deep-fried egg roll made with a combination of mung bean noodles, minced pork, and various spices. 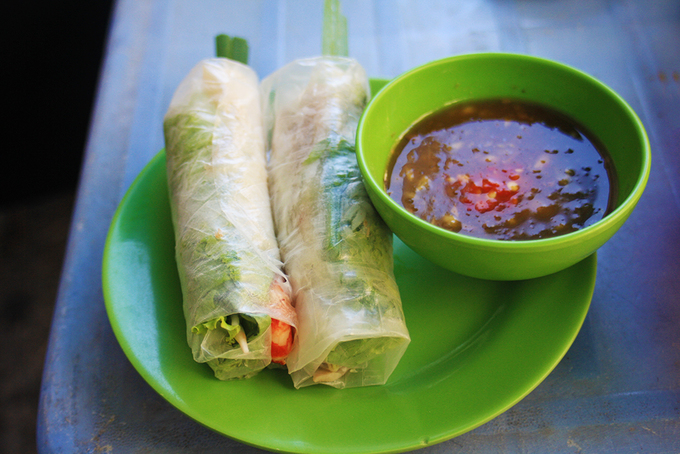 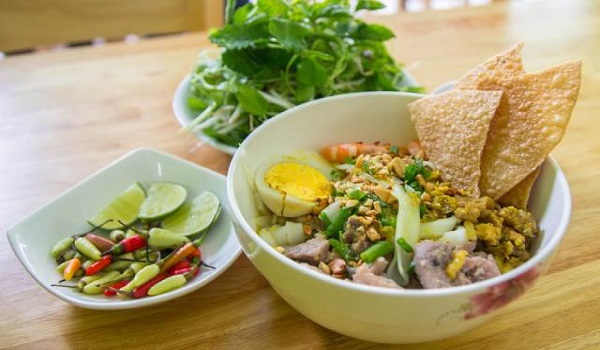 6. Bun Thit Nuong (Grill Prok with Noodle): comprises thin vermicelli rice noodles, chopped lettuce, sliced cucumber, bean sprouts, pickled daikon, basil, chopped peanuts, and mint, topped with grilled pork shoulder. Unlike most noodle dishes, it doesn’t come in a soup or broth, but with a side of nuoc cham sauce for diners to mix into for a flavourful ensemble. While bun thit nuong is quite filling on its own, you can also try another variation called bun thit nuong cha gio, which is topped with sliced cha gio (deep-fried Vietnamese spring rolls). 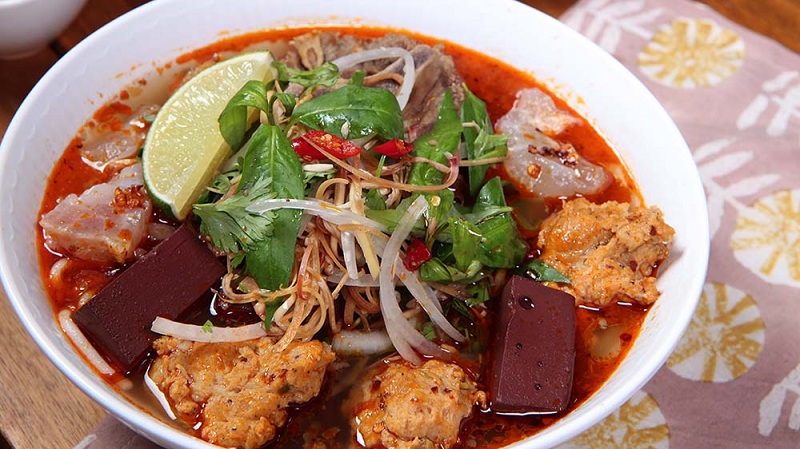 8. Bún Chả (Grill Pork with Rice Noodle) is a Vietnamese Dish of grilled pork and noodle, which is thought to have originated from Hanoi, Vietnam. Bún chả is served with grilled fatty pork (chả) over a plate of white rice noodle (bún) and herbs with a side dish of dipping sauce. The dish was described in 1959 by Vietnamese food writer Vu Bang (1913–1984) who described Hanoi as a town "transfixed by bún chả." Hanoi's first bún chả restaurant was on Gia Ngư, Hoàn Kiếm District, in Hanoi's Old Quarter. 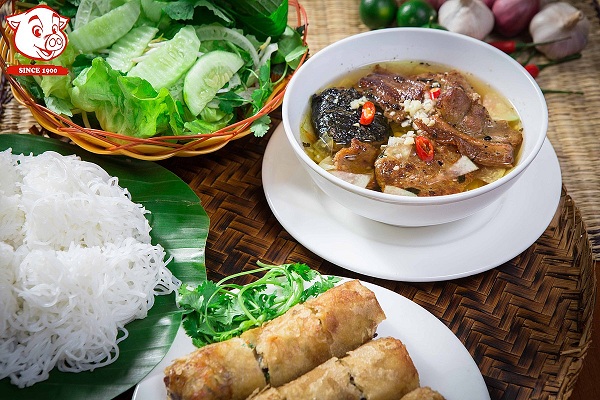 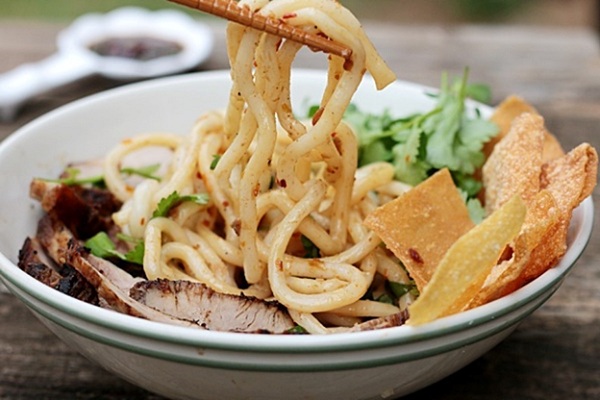 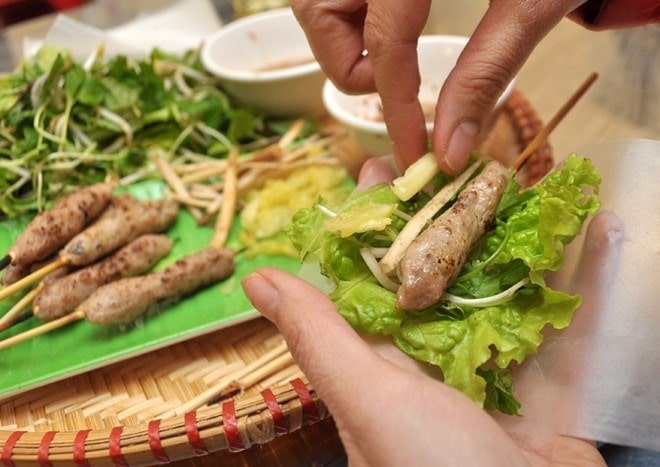